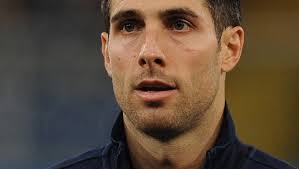 The 35-year-old former U.S. captain will be ending his 14-year-career.

Carlos Bocanegra announced on Thursday that he will be hanging up the cleats permanently at the end of the Major League Soccer season.

“I’m still hungry for the game and I want to play, but unfortunately you can’t play forever. I was thinking about this in the off season, and it took me about six months to come to a final decision,” Bocanegra said in a statement. “The timing is right for me. I’ve known for a little while now in my mind and in my heart. I’m happy with it, and I’m looking forward to the new challenges.”

The California native will be stepping away from a 14-year-career, which saw him play 10-years in Europe; he traveled to England, Spain, France and Scotland. The former U.S. captain also played in two clubs for MLS: the Chicago Fire was his first professional team, the Fire drafted him in 2000 and he would eventually win MLS Rookie of the year. His final pit stop in his career was at Chivas USA, he arrived in 2013.

However, Bocanegra did not only have a luxurious club career, he also played a huge role for the national team. From the youth to the senior level, the California native was a part of the Yanks system for 14-years.

He would end up breaking to the senior level in 2001 and played in 110 games and in two World Cups for the Stars and Stripes. He also rewrote history for the USMNT, by scoring 14 goals in his international career, by setting a new record for most goals scored by a defender. Bocanegra eventually became the captain for the U.S., and led the United States throughout the entire 2010 World Cup in South Africa, with his cool calm approach to the game never looking raddled.

“Carlos has been an outstanding ambassador for US Soccer,” US Soccer Federation President Sunil Gulati told MLSSoccer.com. “As a player, a captain and a leader, he has epitomized the best of what it means to be a member of the National Team throughout his career. We are all extremely proud of everything he has accomplished, and look forward to working with him in continuing to help grow the sport in the country.”

Bocanegra joins Landon Donovan and Steve Cherundolo as USMNT greats that have called it quits in the current year.