Sportslens.com
Home Teams Arsenal Carabao Cup Round 4: Premier League giants pit against each other in... 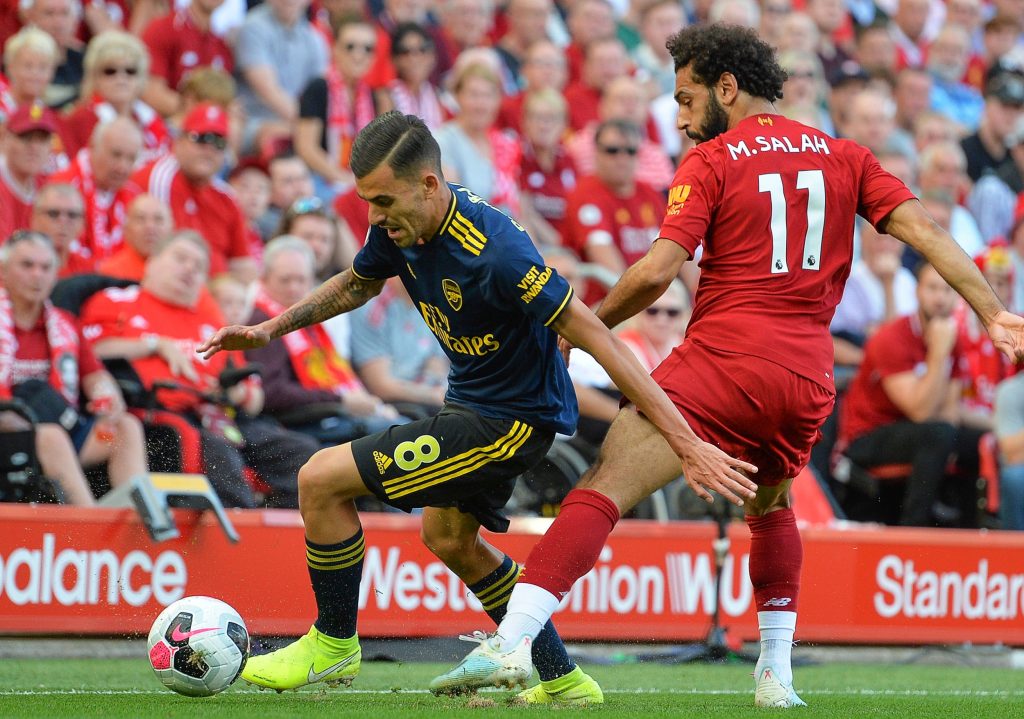 The Carabao Cup third round provided quite a few eventful games, with most Premier League sides making it to the next round with ease. Manchester United had to grind their way into a penalty shoot-out victory over League One side Rochdale.

Liverpool, Manchester City, Chelsea and Arsenal all recorded resounding victories to move onto the next round. The draw-which was made immediately after the Man United game- set up some interesting fixtures for the next round.

The biggest probably sees Liverpool taking on Arsenal once again at Anfield, which is the follow-up to their thrilling 3-1 game last month. The Reds handed a debut to Harvey Elliot against MK Dons, making him their second youngest debutant in history.

Jurgen Klopp will probably go with a similar team to give his young guns another chance to shine when they host the Gunners.

Unai Emery himself fielded a young team in their 5-0 win over Nottingham Forrest and going by how full of praise he was for his youngsters following the result, it’s probable he’ll give his fiery youth a chance to silence Anfield.

Regardless, this should be a thrilling encounter where both sides’ future stars will get an opportunity to stamp their authority early on.

Chelsea also hosts Manchester United in the next round, as they’ll look to enact revenge for the opening week embarrassment they had to face at Old Trafford.

Lampard’s already shown impressive belief in his youngsters’ abilities and has reserved this kind of a tournament to give them exposure.

United are struggling to impress, but their most “natural finisher” Mason Greenwood is making inroads with two goals in as many starts so far.

He’s looking the brightest aspect in their gloomy form and Ole Gunnar Solskjaer will hope he and his fringe players can turn up a storm at Stamford Bridge.

Defending Champions Manchester City face Southampton at the Etihad Stadium. Considering that Pep Guardiola’s side have recorded dominant victories in their last five meetings against the Saints, it’s rather obvious they’ll put on an action-packed show knowing their unbelievable depth in talent.

Everton also hosts Watford in the next round and with Marco Silva under fire for disappointing results, he’ll look to move further in rather dominant fashion at his former employers’ expense.

Aston Villa host struggling Wolves at Villa Park and considering that Nuno Espirito Santo’s now feeling the heat of losing his job, he must start to turn things around against a stylish, attack-minded Villa side.

Leicester City face Burton Albion with the chance to go far forward in the competition, while Crawley Town host Colchester United and Oxford United face Sunderland in the remaining fixtures.