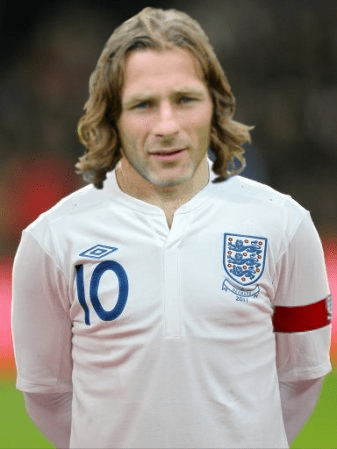 In order to avoid a repeat of the media circus surrounding the issue of the England captaincy, Fabio Capello has pre-emptively named his next captain for the World Cup qualifier against Switzerland on June 4th.

In the presence of the assembled media, the Italian schemer revealed with trademark clarity: “I choose new captain for game after next game. Much considered. I select Gareth. Strong player, quick in the brain. Confidence that old age will be no issue.” When a puzzled Chris Etheridge of the Sunday Times pointed out that Manchester City midfielder Barry was barely thirty years old, Capello replied: “Barry? Who is Barry? No. I talk about Wycombe winger. Ainsworth is, as you English say, no spring chicken, but is good choice.”

Ainsworth, who turns thirty-eight this May, was understandably delighted, saying: “Hopefully I can keep the captaincy for at least an entire half. After that, who knows?” It is thought that Capello will rotate the armband on a game-by-game basis in order to stamp out the immoral debauchery and controversy that a prolonged captaincy can bring to a player’s personal life. To make such rotation possible, the Italian stated that he would “make captain all players in Football League by the time contract runs out in 2012.”

When asked if Gerrard, Terry and Ferdinand still had a look-in for the captaincy in the future, Mr. Capello said: “Anthony, yes. Paul, yes. Anton…why not. Also yes.” Players believed to be on Capello’s short-term shortlist include Russell Hoult, Clarke Carlisle, Jack Lester, Kenny Lunt and even Robbie Fowler, who may yet be coaxed out of international retirement.

Public and pundit reaction to the ex-Real Madrid coach’s latest scheme has been largely critical. Former England captain and crisp connoisseur Gary Lineker blasted: “There used to be a time when the captain’s armband really meant something. Now, I wouldn’t even wipe my backside with it. Unless Italia ’90 repeated itself. But that’s a mitigating circumstance.” FA Director of Football Development Trevor Brooking was more positive about the new itinerary nature of the captaincy: “This way, there’s no squabbling, in-fighting or jealousy, as everyone knows that they’ll get their turn.”

In short, I'm Craig. I'm from Newcastle. I study History at the University of York. I write satire. Lots. Particularly football satire. I'm secretly waiting for Newcastle United to get relegated, so that I can jump back onto the bandwagon, after voluntarily dropping off it in 2004.