Sportslens.com
Home Blogroll Can Valencia reclaim the glories of the early 2000’s? 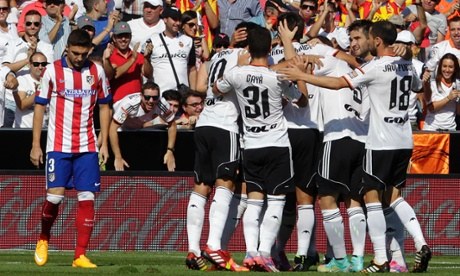 Barcelona and Real Madrid have been the dominant forces in the La Liga in the past decade. Thus when a third side breaks the duopoly, there is always a sense of excitement. Atletico Madrid won the League last term while Valencia have started the 2014-15 season in emphatic style.

The Los Che backed by the financial prowess of Singapore based billionaire Peter Lim are currently second, two points behind Barcelona in the league standings. Valencia romped past Atletico at the Mestella by scoring 3 goals in the opening 13 minutes. Diego Simeone’s men were ripped apart by a rampant, free flowing side that brought back memories of the early 2000’s.

Valencia reached the Champions League final twice in a row in 2000 and 2001, on both occasions they were beaten by Real Madrid and Bayern Munich respectively. The Spanish side also lifted the La Liga title in 2001-02 and 2003-04 season. 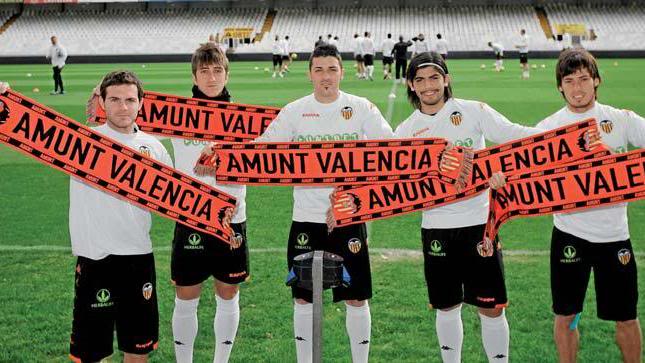 However recent years the club had been embroiled in never ending debts. They had to sell their best talents elsewhere to stay afloat and soon were labeled as a ‘selling club’.

This summer though they bought Rodrigo Moreno from Benfica apart from the two loan deals, Alvaro Negredo from Manchester City and Filipe Augusto from Rio Ave. Buoyed by Nuno Espirito Santo’s experience and free flowing style of play, Valencia also boast of the youngest average age in the League. 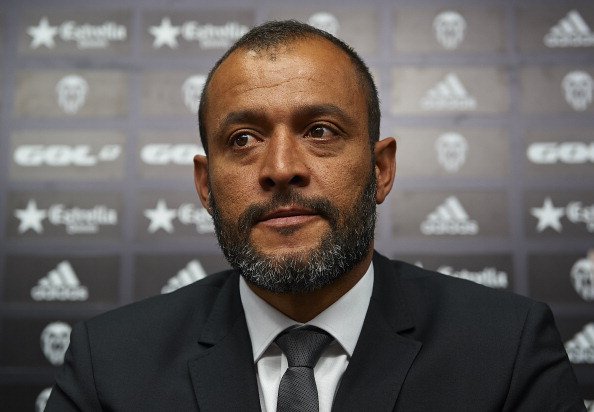 They have been shrewd in their approach in the transfer market, signing Shkodran Mustafi from Sampdoria for €8m was perhaps the best bit of business. Nikolas Otamendi who also scored against Atletico has also lived up to his billing after switching loyalties from Porto. The Argentine has been commanding in heart of the defense so far and Valencia would hope he can continue his impressive run of form.

Goalkeeper Diego Alves too lived up to his reputation, saving a weak penalty from Guilherme Siqueira. The Brazilian shot stopper has now saved 52% of the penalties he has faced. The midfield three of Andre Gomes, Javi Fuego and Daniel Parejo have also been brilliant in their link up with Paco Alcacer and Pablo Piatti up front.

Espirito Santo’s attacking football and tactical acumen has already won hearts at the Mestella. The Portuguese showed how to beat Atletico’s two banks of fours to churn out an impressive result and further three points. The key for Valencia will now be to continue their high octane start if they are to reclaim their lost glory. As they say, “Success if for the brave.”