Sportslens.com
Home Teams Celtic Can the Old Firm make an impact in the US?

It is understood that Rangers and Celtic are eyeing up a ‘money-spinning’ Old Firm friendly in Boston during the summer which will take the world’s most fiercest rivalry out of Glasgow for the first time in history. Reports are suggesting that the Old Firm will make a total of £1,000,000 from this friendly and the investment won’t come at a better time when Scottish Football struggles with its European counterparts.

But can the Old Firm make an impact in America? 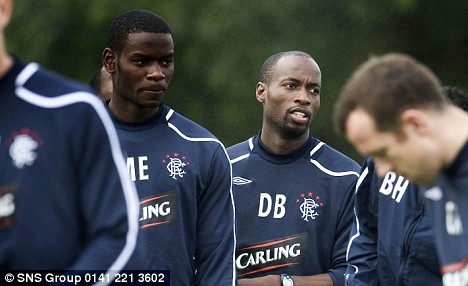 From a Rangers point of view, there are currently two Americans in the squad – DaMarcus Beasley and Maurice Edu – both could find themselves a place in the World Cup squad for South Africa. The standard of marketing at Ibrox has been pretty abysmal over the last few years and Rangers have regularly played second-fiddle to Celtic in terms of how they are seen from outside Glasgow in other countries.

There is potential for Rangers in this friendly, they will be likely to play in two other US cities against top European clubs and if they have sense then the SPL Champions should be doing their best to sell club merchandise with Edu or Beasley’s name on the back, sell flags, banners, etc. which might help the club in the US.

Shunsuke Nakamura was an idol in Japan

As for Celtic, there are a number of benefits for them aswell. Boston is an area with a large Irish contingent and is the home of the Boston Celtics which could play a little bit in their favour, although, it would be unfair to suggest that all Irish people are Celtic fans. The Celtic PR machine has been in overdrive for a while now and to their credit, Celtic seem to make best use of different situations, for example, the signing of Robbie Keane which was unbelievably hyped by the club.

In terms of marketing and scouting, Celtic have been focusing attention on the Far East with Shunsuke Nakamura, a Japanese idol, Zheng Zhi and Ki-Sung Yong all playing for Celtic. It hasn’t been hugely successful, but it has managed to attract Chinese, Japanese and Korean citizens to Glasgow and when these people walk around Sport shops in Glasgow, there will only be one section they will head to – which is to Celtic’s benefit of course.

Despite football, or soccer, not the number one sport in the United States, the fact that the game could be played at the historic Fenway Park might attract more interest in the American media. With a huge Irish and Scottish contingent in American generally, there will be a high demand for tickets in the US but you can’t forget the number of supporters who will want to travel from Glasgow.

If Rangers can take 100,000 to Manchester and Celtic can take 80,000 to Seville, then of course, there will be a large travelling support which will make the US a few quid as the fans will spend their summer in the US rather than somewhere else.

The history of the Old Firm clubs is incredibly special and the passion is something you can’t understand unless you have experienced a fixture live. Immediately, this game might not spark a nationwide frenzy but there most certainly is potential for both clubs to exploit that particular region which could attract the new American superstar or make them a nice sum.