While the last three seasons saw three different teams finishing as runners up, there has only been one winner in the Serie A – Juventus. Since winning the 2011/12 Scudetto to mark their full recovery from the Calciopoli scandal, Juventus have gone from strength to strength.

Last season, they clinched the league at a canter with Roma coming second 17 points behind. However, this season could be different. 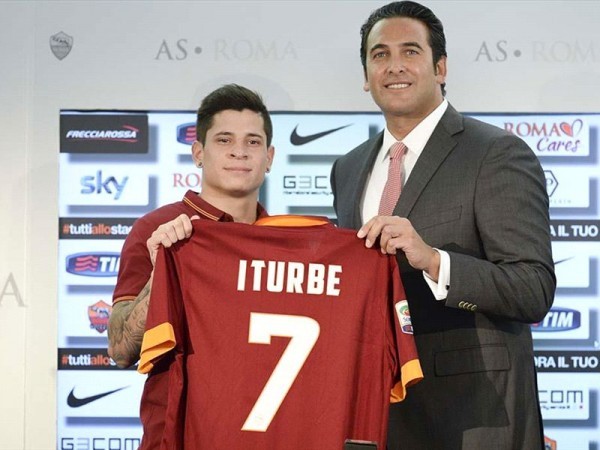 Antonio Conte, who guided Juventus to three successive league trophies, has left the club this summer to take charge of the Italian national team and new manager Massimiliano Allegri may find it difficult to emulate his success. But most importantly, their nearest challenger Roma have strengthened their squad significantly and are finally ready to mount a serious challenge for the title.

The past few years have been difficult for the capital club. In the last six years, Roma have seen five managers come and go, four presidential changes and several top players leaving for greener pastures. However, it seems like those dark days are behind now. James Pallotta, the President of the club and Walter Sabatini, the director of football, are actively trying to run the club in the right way while under coach Rudi Garcia the Giallorossi fans can now dare to dream again.

Roma have been the biggest spending club in Italy this summer and have bolstered in almost every possible department. In defence, Ashley Cole was signed from Chelsea on a free transfer while Mapou Yanga-Mbiwa joined on a paltry fee from Newcastle United. Although Roma have lost star defender Mehdi Benatia to Bayern Munich, the club have replaced him well with Kostas Manolas (reported Arsenal target) and Davide Astori (on loan), signed from Olympiakos and Cagliari respectively.

Nainggolan was signed for £5.3m from Cagliari and the Belgian made an instant impact on the opening day of the season with a well-taken goal in Roma’s 2-0 victory over Fiorentina.

The attacking options were further strengthened by the additions of Juan Iturbe and Paraguayan striker Antonio Sanabria. Iturbe, the 21-year-old Argentine, who is often dubbed as “the new Messi” has been Roma’s biggest signing this summer with the club splashing nearly £20m for his signature. Likewise, Sanabria, a product of Barcelona’s youth academy has joined for around £4.5m and is expected to add depth to the attacking line up.

But the best part of their summer business has been in keeping hold of their star players. Mattia Destro, who was the top scorer of the club last season with 13 goals, was a reported target of both Chelsea and Arsenal, but Roma had rejected (widespread report) several offers for him during the summer.

La Maggica seem to have a balanced squad this season with plenty of depth in the side. But will that be enough to win the Serie A this season?