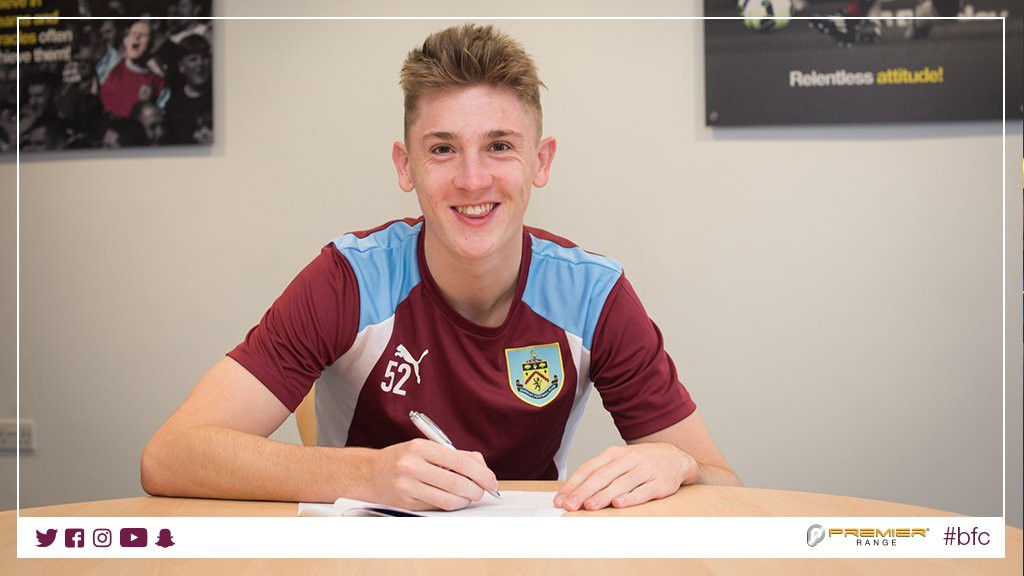 The newly promoted Premier League side Burnley have signed the 18-year-old defender from United, the club have confirmed on Wednesday.

Dunne has signed a two-year deal with an option for a third for the Clarets. Burnley have announced the news on their official twitter feed with an image of the player signing his new contract.

Dunne, who will begin playing with Burnley’s development squad, was pleased with the move. He has thanked United for developing him into a player he is today and said it was “a hard decision” for him to leave the Old Trafford club.

“This is really positive place to be at the moment so I’m delighted that I’ve got the move sorted for myself,” he said as quoted by ESPN.

“Manchester United is a big club who have been good to me since the age of 10 and they have developed me into the player and person I am now.

“It was a hard decision to make to leave but at the same time I’m joining another fantastic Premier League club.

The 18-year-old joins Manchester United centre-back and Academy product Michael Keane by heading to Turf Moor and will link up with him for the 2016/17 season.

Dunne has made 23 appearances for the Reds’ Under-18 team last season, and 21 of them as a starter. The Irishman has made the move on a free transfer.