Sportslens.com
Home Competitions Bundesliga Bundesliga preview: Bayern and Dortmund fancied to march on at the top 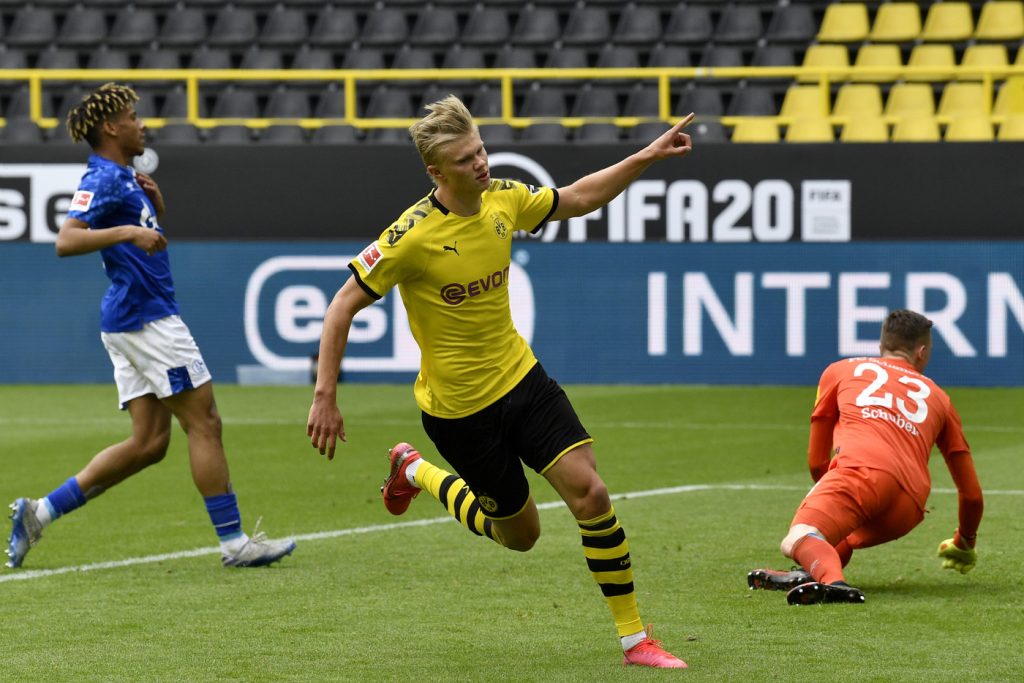 The Bundesliga season continues apace this weekend with some eye-catching fixtures scheduled to take place.

Last week’s return to action saw three of the top four teams record victories, with just RB Leipzig failing to pick up maximum points from their game against Freiburg.

The results left Bayern Munich four points clear of Borussia Dortmund at the head of the standings and plenty of punters will be using the bet365 code 2020 to back the pair to win again this weekend.

Bayern had no trouble winning 2-0 at Union Berlin in their most recent outing and should have few problems in seeing off Eintracht Frankfurt on Saturday.

Frankfurt are a shadow of the team that stormed to the semi-finals of last season’s Europa League and the reigning champions are strongly fancied to record a comfortable win at the Allianz Arena.

Dortmund demolished Schalke 4-0 last Saturday, but face a much tougher test this weekend as they travel to face sixth-placed Wolfsburg.

Lucien Favre’s side have won five-in-a-row in the league and desperately need to keep that run going if they are to stay in touch with Bayern.

Wolfsburg are unbeaten in their last seven league outings and will make things difficult, but Dortmund should have enough about them to collect three points.

The highlight of Saturday’s fixtures is the clash between top four hopefuls Borussia Monchengladbach and Bayer Leverkusen.

Borussia are currently in third place, two points behind Dortmund, with Leipzig a point adrift in fourth. Leverkusen are a point outside the top four, highlighting the importance of the game.

Both sides recorded comfortable victories last weekend and will fancy their chances of following up, but a high-scoring draw appeals as the most likely outcome.

Saturday’s remaining two fixtures are expected to result in wins for Freiburg and Hoffenheim against Werder Bremen and Paderborn respectively.

Before those five matches get underway there is an interesting clash between Hertha Berlin and Union Berlin on Friday evening.

The two sides meeting in November was the first top flight Berlin derby in 40 years, with Union claiming a hard-fought 1-0 win.

Both sides are still in with a chance of finishing in the top half of the table this season and this should be another close encounter.

There are three matches scheduled for Sunday, with Schalke’s clash with Augsburg kicking things off at lunchtime.

Schalke were woeful against Dortmund last weekend, but Augsburg have been in freefall since the turn of the year and this should be an easy home win.

Leipzig will be keen to return to winning ways when they travel to face Mainz in the second fixture on Sunday.

Their title hopes suffered a setback as they were held 1-1 by Freiburg last weekend, but Mainz have been poor this season and will struggle to contain the visitors.

The final fixture on Matchday 27 sees Cologne take on Fortuna Dusseldorf. The home side have had an inconsistent campaign, but should be too strong for Dusseldorf.