The Bundesliga gets underway this weekend as defending champions Bayern Munich aim for an unprecedented fifth straight league title. New players, new managers, new clubs; there are plenty of new things to look forward to in 2016-17.

Carlo Ancelotti’s Bayern and Thomas Tuchel’s Borussia Dortmund are the favourites in early reckoning; both teams look way better than the rest of the competition but the onus is on Tuchel’s Dortmund to make the title race a bit more dramatic since the ruthlessly detail-oriented domination machine Pep Guardiola is no longer around. 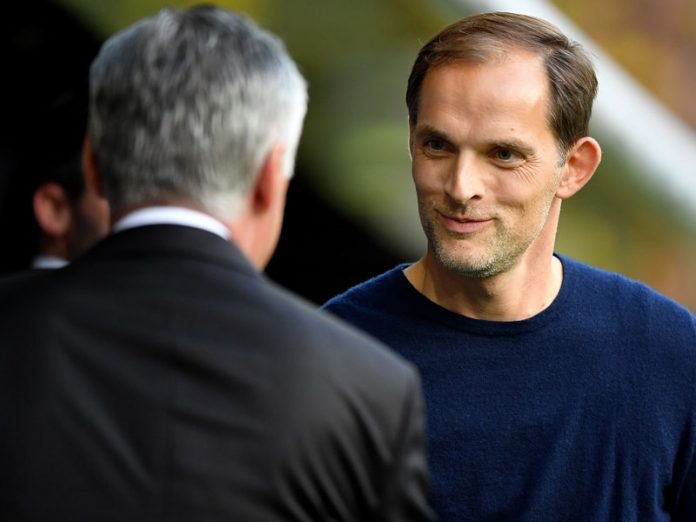 The fight for the title will most likely be fought between Thomas Tuchel’s Dortmund and Carlo Ancelotti’s Bayern,

Dortmund have broken their transfer record to land Andre Schurrle; how he fits their dynamics remains to be seen while Mario Gotze returns in a worse state than when he left in 2013. Also returning is Mats Hummels, who went back to Bayern in a transfer that left Dortmund weaker but the Yellow-Blacks have since reinforced, bringing in Marc Bartra from Barcelona.

Such was Bayern’s dominance last season that Dortmund finished with a record points total for a second placed team. Expect Ancelotti’s Bayern to lower the intensity levels this term, and depend more on individual skill than team synergy. Factor in the injury history of Bayern’s two best players—Arjen Robben and Franck Ribery—and the tools are in place for a proper title race in years.

Bayer Leverkusen, like Dortmund, have also smashed their transfer record for striker Kevin Volland, so have Schalke for Breel Embolo. Both clubs will hope to push Bayern and Dortmund but the likelihood of Leverkusen doing it is more since they have a squad bordering on the elite. 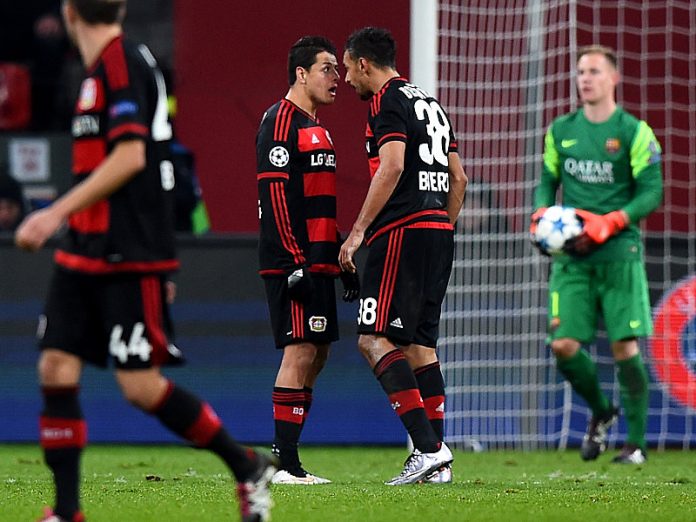 Chicharito and Bellarabi: two of the league’s best attackers are at Bayer Leverkusen

Roger Schmidt is in his third season at Leverkusen, and after last season’s sprint to the finish where they plucked 24 points off the last nine games to finish third, the expectations are high this term to at least mount a title challenge, otherwise another scramble for the Champions League places will suffice. Julian Brandt is the one to watch.

Schalke have a new manager in place. Marcus Weinzierl took Augsburg to the Europa League knockouts last season and earned his big move but Schalke’s struggle to remain consistent throughout the season should continue. A key cog of their attack has departed in the form of Leroy Sane; how quickly Max Meyer develops an understanding with Embolo will be crucial, while the prospect of Europa League winner Coke cross assisting Klaas-Jan Huntelaar looks a romantic one.

Andre Schubert’s Borussia Monchengladbach don’t look too bad either with their fine attacking axis of Raffael and Lars Stindl still around. However, the losses of Granit Xhaka and Havard Nordtveit can prove costly in build-up play, even though Christoph Kramer has been bought back.

Wolfsburg’s poor second half of 2015-16 meant they finished eighth, and coach Dieter Hecking’s job should be in danger if there’s a repeat next season. Yannick Gerhardt, Daniel Didavi and Mario Gomez are the pick of their new signings. Having depended heavily on their full-backs—Ricardo Rodriguez and Christian Trasch—last season for chances, there are newer options this term with the central Didavi-Julian Draxler combination as well as Rodriguez and Trasch’s ability from the flanks which present a salivating prospect for Gomez, who is back in Germany after a Gol Krali season in Turkey.

Bankrolled by Red Bull’s millions, RasenBallsport Leipzig have finally landed in the Bundesliga. Founded in 2009 and possibly the most hated Bundesliga club for their various transgressions which include circumventing the league’s 50+1 rule, RB Leipzig have the tools to survive and even thrive in their first ever season in the top flight. It’s no wonder the odds of them qualifying for Europe are very low for a newly-promoted side. 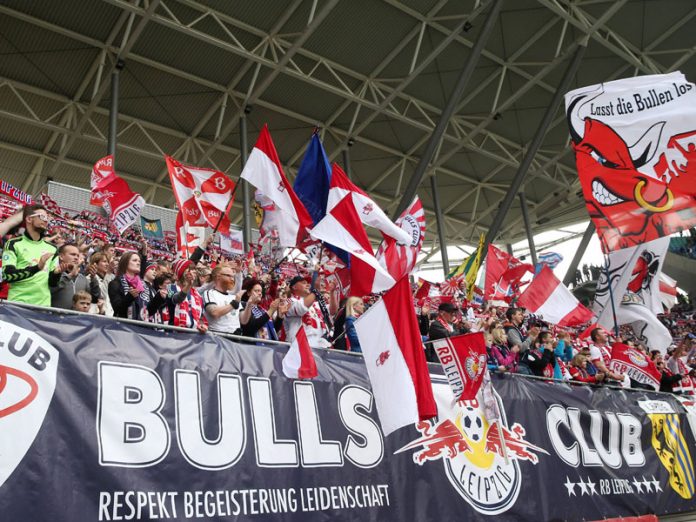 RB Leipzig will take the bull by the horns in their first ever Bundesliga appearance.

They have appointed Ralph Hasenhuttl, who impressively led Ingolstadt to an 11th placed finish in the club’s first Bundesliga campaign last season, as Ralf Rangnick heads upstairs. Timo Werner and Naby Keita are the pick of their new buys. Werner has a knack for taking quality shots, and fellow attacker Davie Selke is one of the hottest prospects in Germany.

Hertha Berlin finished seventh last season with a largely sterile brand of football but they have done well to keep hold of key players like Salomon Kalou, Marvin Plattenhardt and Vladimir Darida while adding Ondrej Duda to their ranks.

Martin Schmidt masterminded Mainz’s sixth placed finish last season with a combination of counterattacking football and a tactical design that led to heavily loading the opposition penalty area which resulted in high quality shots. They beat Bayern, Gladbach, Schalke, Leverkusen and Wolfsburg en route, and another season of overachievement beckons if they continue firing high quality shots. However, their two star performers—Loris Karius and Julian Baumgartlinger—have moved on.

Consistent underperformers Hamburg look no better than last season; they are looking over their shoulders as RB Leipzig take strides to upset the Bundesliga middle class. Hoffenheim, another club in the same class, survived relegation last season after appointing the prodigious 29-year-old Julian Nagelsmann as head coach.

Freiburg are back after a year’s absence but there won’t be a “small West derby” with Stuttgart. This is the first time in Bundesliga history that Freiburg have played at a level higher than Stuttgart, who dropped to the 2. Bundesliga after last season’s relegation.

There has been a managerial merry-go-round with Weinzierl’s move to Schalke prompting Augsburg to appoint Darmstadt’s Dirk Schuster. While Hasenhuttl’s appointment at RB Leipzig meant Ingolstadt moved for Karlsruher’s Markus Kauczinski. Darmstadt, meanwhile, have gone for Arminia Bielefeld’s Norbert Meier. All these movements in the Bundesliga’s lower reaches could amount to a far less predictable season. 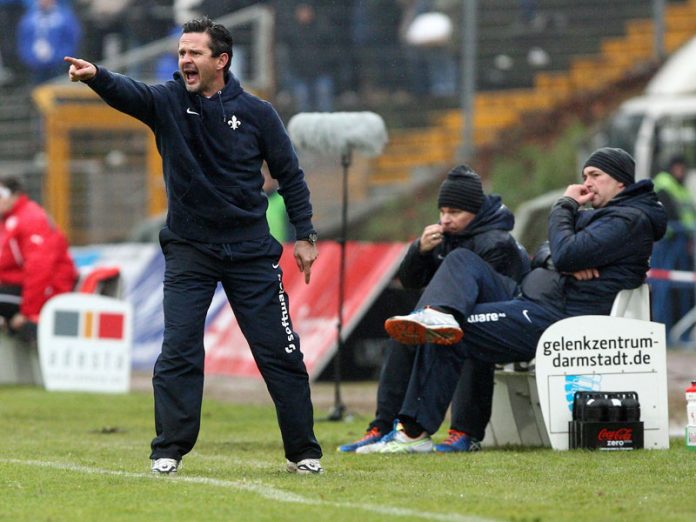 Koln’s Anthony Modeste, Eintracht Frankfurt’s Alexander Meier and Ingolstadt’s Pascal Groß were one-man armies for their respective clubs last season, which means anything is possible for those clubs, and relegation a possibility. Darmstadt scored a league highest 19 set-piece goals last season but, with Schuster gone and top scorer Sandro Wagner also finding new home at Hoffenheim, could have a hard time fending off relegation.

Likewise for Werder Bremen, who survived by the skin of their teeth last season. The Green-Whites start their campaign against Bayern, and early signs aren’t encouraging following their cup exit to 3. Bundesliga outfit Sportfreunde Lotte and things could turn ugly for Viktor Skripnik’s side if they don’t improve fast.

Five players to watch (excluding the big names, of course)