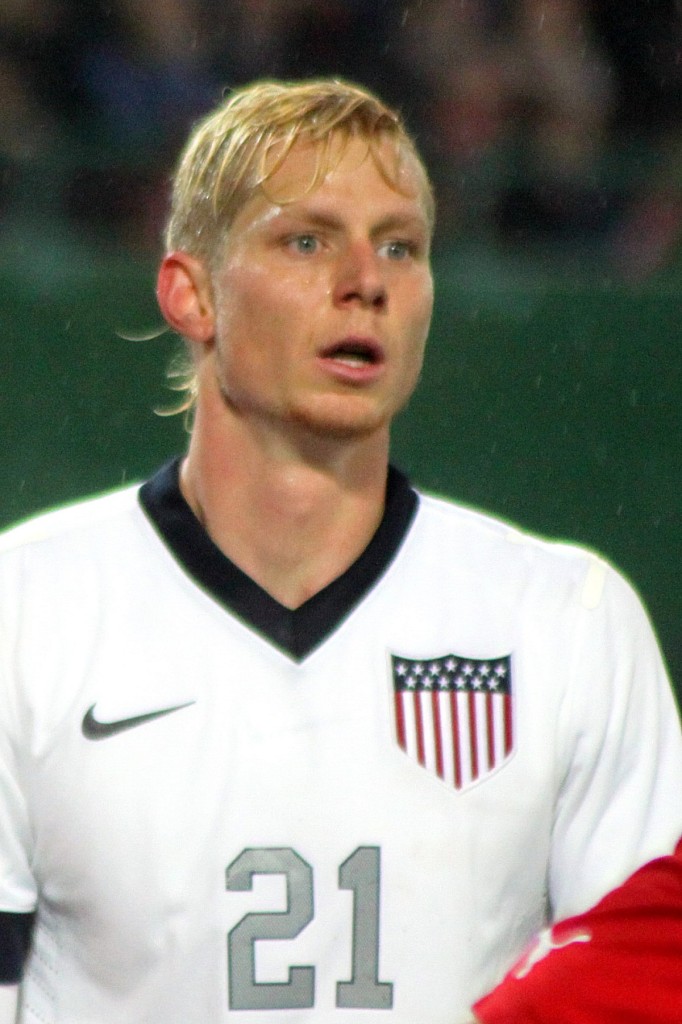 The American international winger Break Shea dishes out his first assist in his for match for Birmingham City FC at his new home, St. Andrew’s Stadium on Saturday morning against Leeds United.

At the 35 minute, the 24-year-old Yankee was on the left hand side of the field when he was received a short pass from forward Wes Thomas. The 6’3 Texas native controlled the ball and made a quick move with the ball from his right to his left, he created a few seconds of space between him and the Leeds defender, to give a quick low hard pass to Thomas.

Thomas was sprinting into the left side of the box when he received the fast accurate pass from Shea. The English forward then made two rapids touches on the ball to generate space from the Leeds defender; Thomas would then blast the ball into the top right hand corner to give the Blues the 1-0 lead at home.

Shea almost started his Birmingham career of with a victory, but 14 minutes before the match ended Leeds would score the equalizer. The game would end 1-1 and now the Blues have a mediocre record of 1-2-3 so far into the young season, and they currently seat in 19 out of 24 possible teams in the Championship.

The U.S. international would not go the full 90 minutes in his debut for the club, as he was subbed out off the match at the 67 minute. The former FC Dallas attacker nearly scored a goal at St. Andrew’s Stadium on Saturday, but his long range rocket shot would fly directly to the Leeds goalie.

Regardless of not scoring, the Texas native active shift for the Blues will make Birmingham City Manager Lee Clark strongly consider keeping Shea permanently at St. Andrew’s Stadium after his 93 day loan ends in Dec.