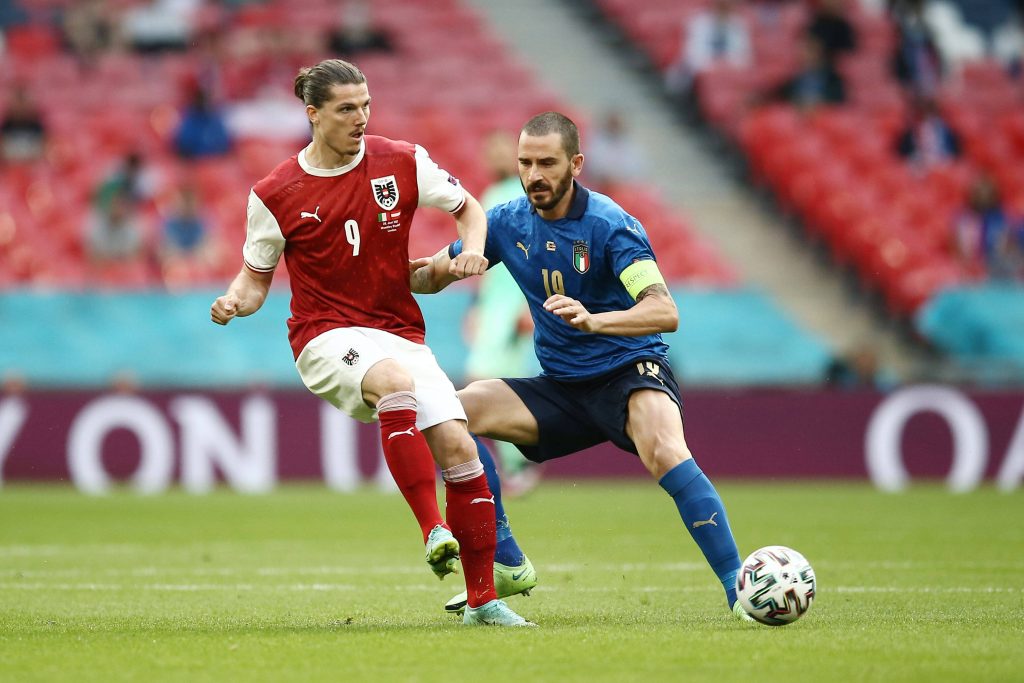 The Austrian has been with the German outfit for the past seven years, registering 52 goals and 42 assists from 227 appearances in all competitions.

However, he could be on the move with under 12 months left on his contract. He has a €50m release clause in his deal but could be sold for €20m.

Arsenal, AC Milan and Roma have also been credited with an interest in the versatile player.

Sabitzer has been one of Bundesliga’s consistent performers, and he appears set to pursue a fresh challenge at the prime of his career.

The 27-year-old vastly played in central midfield last season, but he has been most successful playing on the right wing.

His versatility is definitely a boost for interested clubs, and Dortmund will look to convince him to stay in the German top-flight.

They are searching for a replacement for Jadon Sancho, and Sabitzer would be an ideal fit to fill the void with his vast experience.

The Gunners have also been linked with his services, but the lack of European football appears a major stumbling block for them.

Milan were recently considered as front-runners to sign Sabitzer. However, Dortmund’s interest could scupper their chances of landing him.

He is likely to sort out his future after a three-week break for his Euro 2020 participation.