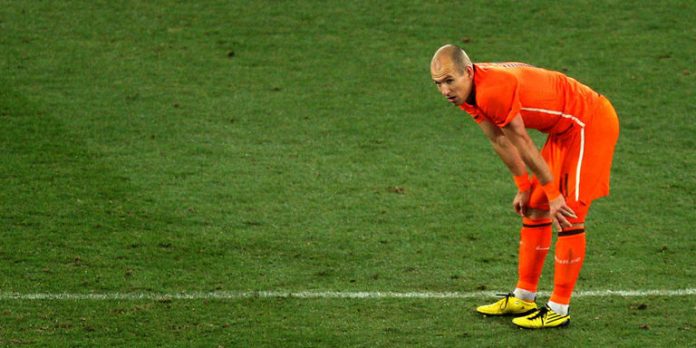 Dutch flyer Arjen Robben has ruled out an Argentina victory in the 2014 World Cup Final this weekend, with the Bayern Munich man giving his full backing to the Germans after his side were dumped out of the competition by the South Americans. 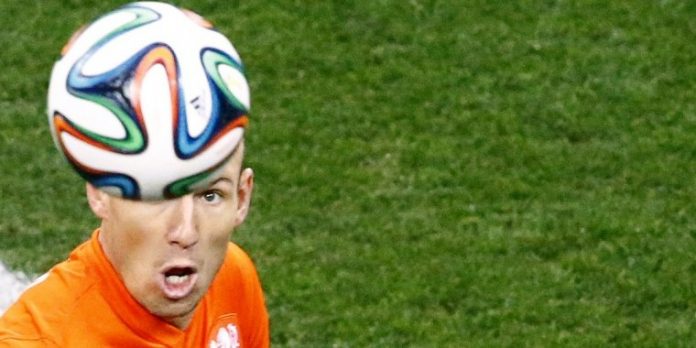 Robben, 30, had a phenomenal individual tournament, wreaking havoc on opposition defences with his stunning pace and direct style. The former Chelsea man was actually named the fastest player on the planet after one particular run in the Netherlands 5-1 win over a beleaguered Spain in the  Group Stage.

“Germany’s going to win the World Cup. No doubt about that. The Argentines will not stand a chance,” German publication ‘Kicker’ quoted him as saying.

The Dutch can consider themselves unlucky to have gone out in the semis, with the Argentinians taking Louis van Gaal’s side to penalties after a dour 120 minutes. The footballing gods smiled upon the South Americans, with Holland bowing out in the most unfortunate of circumstances.

Reflecting on the loss to Argentina, he said: “Penalties are not only a game of pure chance – we’ve shown that against Costa Rica. We did a very good job there, and were really successful.

“It didn’t work out today during the penalties. We also had some bad luck but, sadly, that’s part of football.”

This obviously has fueled Robben’s resentment, with the winger now considering the negative Argentinians as Germany’s next victim, with Brazil utterly demolished by Joachim Low’s ruthless side 7-1 in the other last four clash.

Louis van Gaal’s side will reluctantly take part in the World Cup Third-Place Play-Off, against the Selecao, this weekend in the Estádio Nacional de Brasilia.