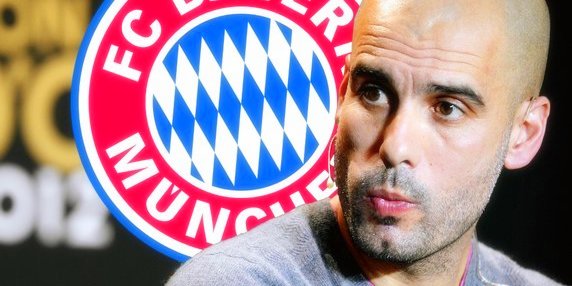 Last spring, when Bayern Munich were knocked out of the Champions League by eventual winners Barcelona, Munich-based tabloid Abendzeitung ran a rather upbeat headline — “Out with a shout!” — the following morning. Bayern were outplayed by the genius of Lionel Messi in the first leg of the semi-finals and if you choose to see it this way, Messi’s two goals that night were the difference in a aggregate 5–3 defeat.

Pep Guardiola is in his third season at Bayern Munich. There was the “biggest press conference in the history of the club” when he arrived in Bavaria two summers ago as the coach who had won two Champions Leagues in the space of four years with Barcelona. He arrived as a phenomenon back then, but his Champions League canvas is yet to be coloured in Bayern red. It isn’t that he has ceased to be a phenomenal coach any more.

The fact Bayern haven’t won the Champions League in the two seasons following Guardiola’s advent makes a strong case for their chances of winning the competition this season. Guardiola is a serial winner; his rate of winning trophies is the best of the modern generation, and he and Bayern look game to land the big prizes this season which include the Champions League.

Guardiola’s squad has shaped up nicely this season; after countless morphs and chops in the past two seasons, Bayern finally bear close resemblance to a well-oiled machine this term. And giving credit where credit is due, Guardiola has effected certain tweaks which are a mix of stealth and openness, even risking the wrath of the club’s support. And things are slowly falling into place, but not quite.

“We wanted to control the game but we allowed a lot of counters. This was not correct and we have to improve on that, definitely,” was what Guardiola said after overseeing his side’s 5–1 romp over Arsenal earlier this month, the fifth time the Germans had put in five past an opponent this season. If Guardiola’s insistence on perfection borders on the ridiculous, it is only because Bayern are due their continental just deserts that their manager was brought in to provide in the first place.

Bayern’s transfer policy this summer was barely reactive; there was no knee-jerkism to last season’s disappointments in the continent, and there was a Guardiola narrative to it as well. The Spaniard has never been shy of ringing the big name changes, and has carried his trait to Bayern as well. Bastian Schweinsteiger pops up as the obvious name, but conspiracy theories that the Germany captain and his manager weren’t on good terms are wide off the mark.

“When he does not have injury problems, I am completely convinced he will do very well at Manchester United. He is a top, top player. Unfortunately, during the last three years he was never in good condition. He is going to play really good there. I really hope that is going to happen,” said Guardiola of Schweinsteiger upon his departure to Manchester United, words with undertones of mutual respect which have been turned and twisted by publications for the mere sake of it.

That Schweinsteiger was let go of was coming; Guardiola took similar measures during his time at Barcelona to freshen the squad from time to time. Before his first Champions League winning season, he oversaw the departures of experienced and influential figures like Ronaldinho and Deco, and to a certain extent, World Cup winner Gianluca Zambrotta. Later, he also phased out Yaya Toure, Thierry Henry and Rafael Marquez.

It isn’t that Schweinsteiger was the only seasoned veteran in the squad who couldn’t keep up with his young and dynamic team-mates. Captain Philipp Lahm, Xabi Alonso, Franck Ribery and Arjen Robben are all on the wrong side of 30, but Schweinsteiger is different kind, akin to a “Bavarian football god” according to German journalist Raphael Honigstein. Honigstein summed up Schweinsteiger’s transfer in one line: “He’d rather embark on a new adventure in England than be a deposed king in Bavaria.”

The next step? Completing the jigsaw puzzle. Arturo Vidal and Douglas Costa were the biggest arrivals this summer, but Guardiola’s obsession with the nuances makes him what he is. Joshua Kimmich and Kingsley Coman aren’t fancy names yet, but their impact on the team this season has been pronounced. While Robben and Ribery have slogged it out in the treatment room, Coman and Costa have bedded in seamlessly. 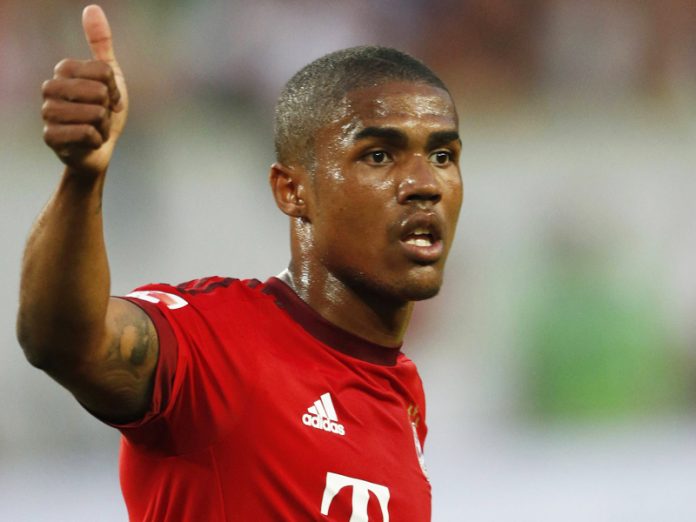 Robben on form is one of the first names on the teamsheet, and that is what makes Coman and, to an extent, Costa’s signings strokes of genius. “Coman and Douglas Costa must eat a lot of soup if they are to reach the level of Arjen and Franck in this club,” was Guardiola’s take on the good starts to Costa and Coman’s Bayern careers. The fact both Costa and Coman aren’t established stars yet makes Guardiola’s job as a manager of people tad bit easier.

Guardiola has already put all his eggs in one basket this season. If logic defines playing with two wingers is effective, the Bayern manager has extended logic by playing all three of Robben, Costa and Coman together. Put Robert Lewandowski and Thomas Muller into the mix and opponents are faced with the prospect of putting up against five out-and-out attackers. Bayern have played only 124 minutes with the quintet on the pitch, scoring seven goals.

Inventive tactical morphs like the one witnessed against Bayer Leverkusen earlier in the season make Bayern one of the best-equipped teams to solve complex problems on the pitch and even off it. Last season, a loss in the Champions League to Porto prompted the departure of the club’s medical staff led by club doctor Hans-Wilhelm Müller-Wohlfahrt.

On that occasion, Bayern were without Ribery, Robben, Schweinsteiger, David Alaba, Medhi Benatia and Javi Martinez. And Guardiola had a rather downbeat response to the injury crisis that led to the defeat in Portugal and the doctors’ exit. “When a player is injured then it is not the fault of the doctor. Injured is injured. We could have lost against Porto even if we had had the injured players available.”

The fact such sentiments are no longer around is testament to the growth of Bayern under Guardiola this season. Against Leverkusen, a game which Bayern comfortably won 3–0, problem-solver Pep was in his elements as his centre-back-less set-up comfortably saw off the threat of Stefan Keissling, a seasoned professional, and the youthful exuberance of Hakan Calhanoglu and Karim Bellarabi, two gifted and dangerous attackers.

“I have a lot of respect for my players and when they decided to become footballers, they wanted to play with the ball. It’s not only about running. It’s all about having the ball, playing and dealing with the ball. Because we have had the ball, we have scored a lot of goals and haven’t conceded a lot.” Guardiola remains true to his possession-hungry ways, but has solved another problem which was so evident last season.

There were suggestions after the Barcelona loss last season that Bayern don’t have the players Guardiola seems to like having in his teams. His waxing lyrical of Messi after the semi-finals’ defeat was the spark which lighted the flames of those suggestions, but he and Bayern have come a long way since then. Lewandowski and Muller have combined to score 36 goals this season thus far, putting the calls to make sweeping personnel changes to bed.

“People might think that I came to Bayern and knew the players immediately but no. You need time for that. It’s a lot better this year. We have improved.”

The improvements are vivid; the team has the look of a Guardiola team after all, and the identity of the team has shifted from the physically imposing treble-winning team under Jupp Heynckes. The physicality is still around, but there are subtle variations and better solutions for more variants of problematic situations. There is also an improved sense of togetherness and team spirit, exemplified by the following video as Robben runs the length of the pitch to stop Arsenal from scoring.

Robben has never been the greatest team player around; his tendencies of a soloist have marked him out for criticism over the years, but the above footage reveals more than it suggests to. At 31 and being his team’s star player, Robben — for the player he has been perceived as throughout his career —should never track back with his side 4–0 up. Although the fact Robben had been on the pitch for barely eight minutes at that stage is ample fodder for a counter argument.

Change is often interpreted as player overhaul in numbers, and more strikingly, an improvement in results. Bayern have little competition to deal with domestically; they are on course to win four successive league titles for the first time in their history. They are producing similar results like in the previous years, albeit by breaking a few more records. The barometer for defining an improvement at Bayern is the Champions League.

“This is the best team of my era here. People want to see successful football, to see attacking football with all 10 outfield players and we need some time for that. This is now our third year together, there have been a lot of matches and discussions, and we know each other much better now. I know my players better. We know what we want.” — Guardiola after beating Arsenal 5–1.

That closing line — “We know what we want” — makes it clear where Bayern are streamlining their energy this season. Guardiola remains motivated by his hunger; he is in the final year of his current Bayern contract, and is not overly driven by a desire to secure a new one. Club CEO, Karl-Heinz Rummenigge, remains relaxed about the contract situation, so does Guardiola: “I am relaxed about it and so is the coach.”

Guardiola repeatedly brushes aside questions about his contract in press conferences. The focus is always on football, and the drive to always improve is what has set Bayern and Guardiola as serious contenders for the Champions League this season. “I am the coach, and if we do not win the treble at the end of the season it was a bad season,” said the self-flagellating Guardiola after Bayern’s 4–0 win over Stuttgart earlier this month.

With the subtle changes, Bayern have evolved into a better rounded team this season. While they possess undoubted quality in the likes of Manuel Neuer, Robben, Thiago, Muller and Lewandowski, there is also a flexible edge to the team. The likes of Lahm, Alaba, Martinez and Mario Gotze are world class players who can effortlessly fit into different roles on the pitch, and there is also the newly-added dynamism and youthfulness of Costa, Coman and Kimmich.

The Abendzeitung headline in the aftermath of the Barcelona defeat had connotations of belief after a rather meek submission; there seemed to be no inquest and little dissections. Guardiola’s men are primed for Champions League glory this season, it can be assumed. In isolation, without even taking into consideration the matters at their continental rivals, Bayern look finely poised to finally win the Champions League with Guardiola.

“I want to win the Champions League again — with Guardiola in charge.” — Rummenigge.

There is very little to suggest Bayern won’t win the Champions League this term, but the difference between victory and defeat in Europe’s elite club competition is also very little. Guardiola, for all his obsession with even the tiniest of details, is better placed than most to taste victory.