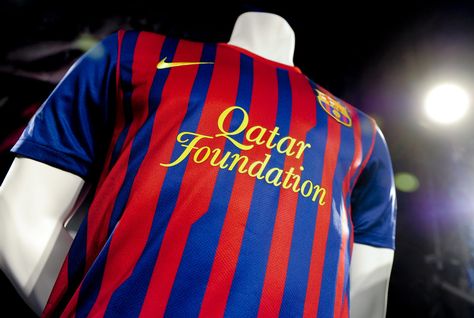 Barcelona are expected to announce a new four-year shirt sponsorship deal with Qatar Airways this month.

It is believed that the sponsorship deal will be worth in the region of £48million per season and will help keep Barcelona on a commercial par with the likes of Manchester United.

Furthermore, the Barcelona’s decision to renew with shirt sponsorship means that the Catalans will pocket a sum of £22m – renewal bonus pushing the agreement’s total value up to £213m.

Barcelona president, Josep Bartomeu set the wheels in motion before the presidential elections in the summer.

Bartomeu has been re-elected and will now expect a vote of consent regarding the deal, from the club’s board members, before the end of this month.

Also, Bartomeu is considering selling the naming rights for Camp Nou as well. Barcelona have witnessed how their European competitors have increased their revenue by selling naming rights.

Bayern Munich’s Allianz Arena is making them £6m a season and Arsenal are receiving the same amount from the Emirates.

Barcelona president, Bartomeu believes the Catalans could earn as much as £15m a year for the same and is considering presenting a proposal to board members, next year.

It will be a huge leap forward for Barcelona, commercially and could help them conclude vital transfer deals going forward.

Earlier, technical director, Fernandez hinted that Paul Pogba’s quoted fee is a stumbling block, but the club will sit down and talk about it when the time comes.

The new sponsorship and the naming rights could provide the Spanish champions with the kind of cash injection they need to complete the transfer.