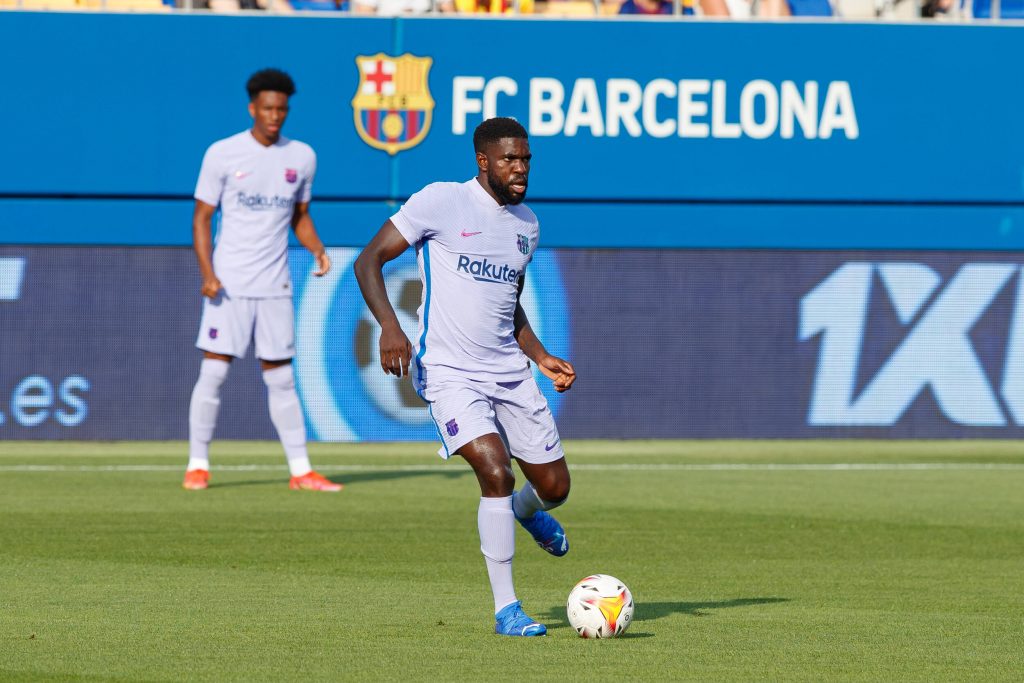 Barcelona are putting Samuel Umtiti in the shop window by playing him regularly in pre-season, Spanish publication Sport claims.

The France international has fallen down the pecking order over the past couple of seasons amid regular knee injury concerns.

He is now deemed surplus to requirements by manager Ronald Koeman, and the club are keen to offload him in the coming weeks.

Umtiti recently played 45 minutes of the club’s friendlies against Nastic and Girona. The club are hoping to attract transfer interest.

They still have a major stumbling block as the defender’s hefty wages of £212,000-a-week could deter clubs from signing him.

It was recently revealed that the club need to slash their wage bill by a staggering £171 million to come within the La Liga salary cap.

They have managed to cut salaries by offloading some fringe players, but there is plenty of work to be done before they can register new signings.

Sergio Aguero, Memphis Depay, Eric Garcia and Emerson Royal are among players waiting to be registered alongside Lionel Messi.

Messi has reportedly agreed to renew his contract for the five years with a 50 per cent pay cut, but his previous deal expired on June 30.

Hence, he will be treated as a new signing. The Blaugrana may have to pay part of Umtiti’s wages to offload him this summer.

The task won’t be straightforward as they are yet to receive any offers for him while Umtiti is reportedly determined to fight for his place.

Read: Messi’s new five-year contract: What does it mean for Barcelona’s future?