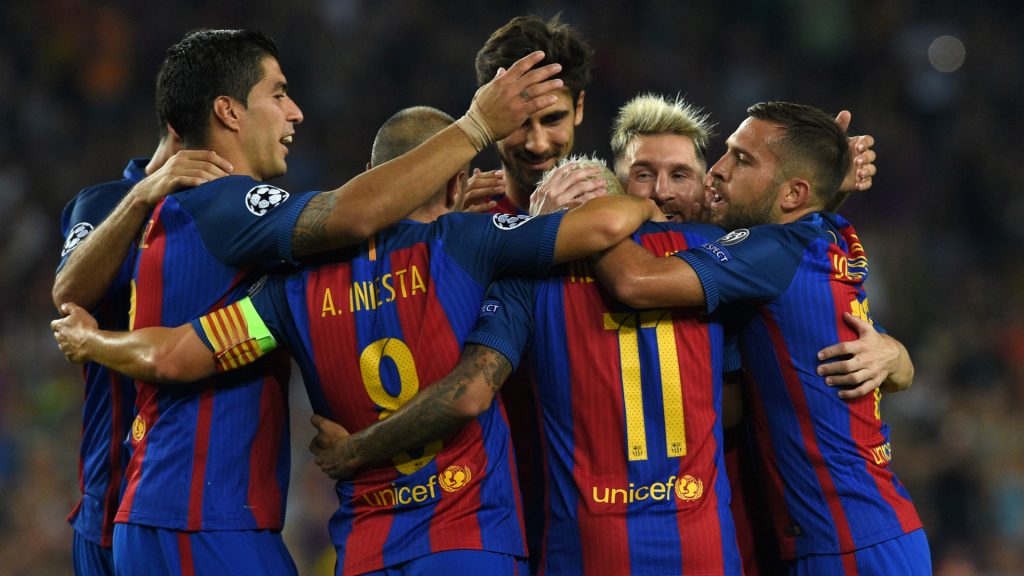 Spanish champions Barcelona have agreed on a lucrative long-term contract with American kit manufacturers, Nike. The agreement will see them pocket around £140m a season from 2018.

It is a five-year agreement and there will be an option to renew for another five years in 2023. The contract with Nike now puts Barcelona in the number one position in terms of sponsorship in the footballing world.

Club vice-president, Manuel Arroyo, confirmed the agreement during a general meeting yesterday. Arroyo also revealed the financial details of the deal. The agreement is hardly a surprise as the Catalans confirmed a few months ago that they will continue their partnership with Nike which began 18 years ago.

Nike’s extension will be an added help to Barcelona’s goal of breaking through the 1 billion Euros revenue mark within the next five years. Last season, Barcelona posted a record turnover of £612m.

He was quoted saying:

It is a figure which puts us No 1 in the world for sponsorship in the sports industry. The fixed rate of the contract increases 48 per cent and the royalties also increase. From this season (2018-19), the total turnover of the deal will be around 155m euros.

Barcelona also announced their budget of £626m for this season and a wage budget of £353m.

The other good news is that club president, Josep Maria Bartomeu, has also confirmed that the club are working on renewing the contracts of star forwards Luis Suárez and Lionel Messi.