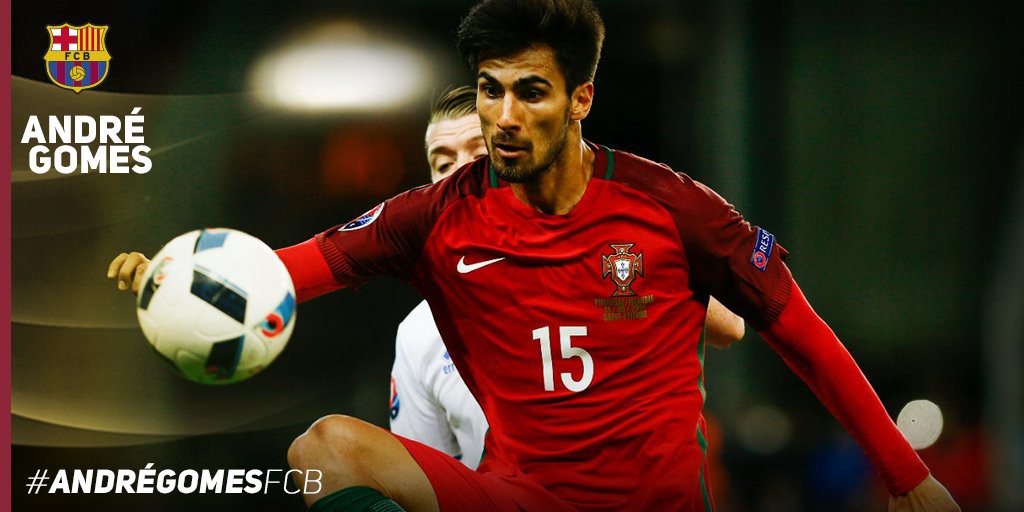 In an amazing turn of events, FC Barcelona have pulled off a shock deal for Valencia’s highly-rated midfielder Andre Gomes. La Liga giants Real Madrid were thought to be leading the race for signing Gomes while Premier League club Chelsea and Manchester United had shown an interest too but Barcelona moved in quickly and secured a fantastic deal for the Portugal midfielder last night.

Real Madrid have been heavily linked with the player over the past week. Los Blancos were weighing up a formal bid for the midfielder they felt would be an ideal long-term replacement for Luka Modric. However, the European champions were reluctant to pay €65m, demanded by Valencia, rather wanted to include cash plus bonuses as a package.

Earlier this summer, Chelsea had a €40m bid rejected by Valencia for Gomes as Los Che felt it was too low to their valuation. Antonio Conte, the Blues manager, was reportedly keen to sign him and reports emerged only yesterday that Chelsea would make a last ditch attempt to sign the former Benfica player.

According to Mundo Deportivo, the technically gifted Portuguese midfielder was one of the top priorities for coach Luis Enrique and technical secretary Robert Fernandez and Barcelona didn’t waste enough time to securing his move in a deal thought to be in the region of €50m. Spanish newspaper Marca claim Barcelona will pay €35m up front and the remaining €20m in the form of variables. Gomes will sign a five-year-contract with the Blaugrana.