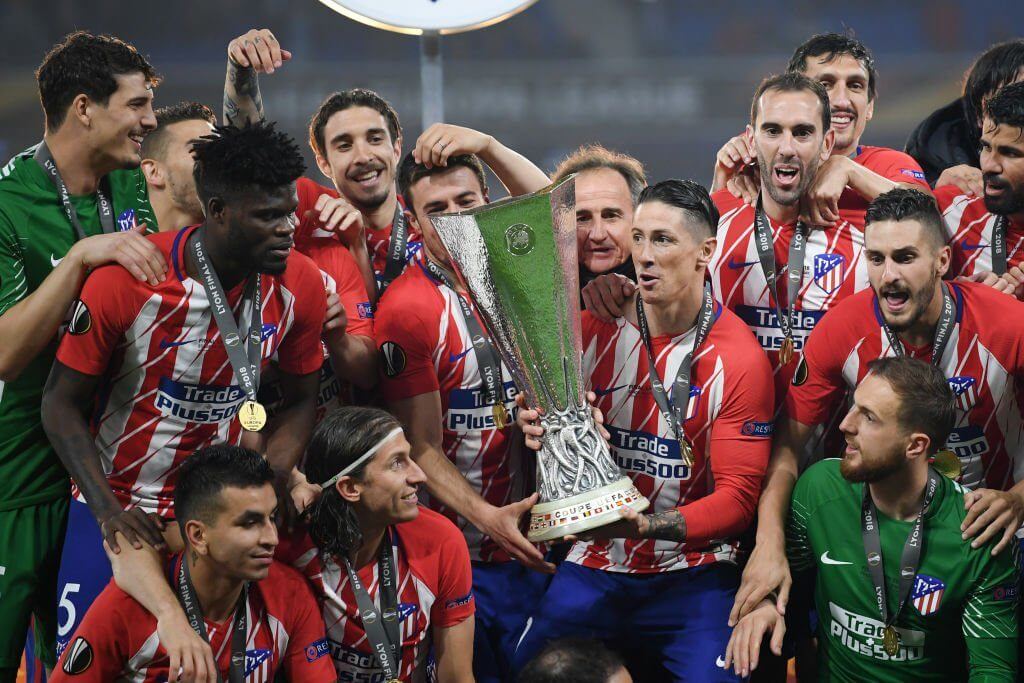 Atletico Madrid won the Europa League title at a canter on Wednesday night, beating Marseille 3-0 in a one-sided final in Lyon.

Marseille’s fans were left despondent but on the night Atletico were too experienced and possessed way too much quality for the Ligue 1 outfit.

Here are three conclusions from the game.

While nothing is yet confirmed, Antoine Griezmann’s move from Atletico to domestic rivals Barcelona looks almost certain to happen this summer.

The France international’s stock rose after his performances and goals at Euro 2016 and the diminutive attacker’s importance to his club cannot be understated.

For Atletico, losing a gifted forward will be nothing new as Griezmann joins the likes of Fernando Torres, Diego Forlan, Jimmy Floyd Hasselbaink, Radamel Falcao, Christian Vieri and Sergio Aguero to leave the Spanish capital for a new destination.

Simeone’s men will rely on Diego Costa to fill the goalscoring void and will have money to spend in the search for a direct replacement.

As showcased by the mercurial way Griezmann took his goals against Marseille, Barcelona will be getting one of the world’s most-exciting attacking players if and when his move to Camp Nou is confirmed.

Marseille started the game relatively brightly and it is easy to see that Dimitri Payet is the fulcrum to the side’s attacking play.

When the former West Ham United playmaker was removed due to injury on the half-hour mark, the French side’s guile and creativity was taken away – as was their chances of penetrating a watertight Atletico defence.

Payet remains a top-notch player and the gifted attacking midfielder will hope that the groin injury he picked up does not affect his chances of World Cup inclusion.

Florian Thauvin has been reinvented since leaving an ill-fated short spell at Newcastle United and has been a key reason for Marseille’s excellent season.

However, the tricky winger struggled to get into the game in Lyon and was crowded out by Atletico’s regimented rearguard.

While many people advocate the Premier League as the best league in the world, recent European statistics would suggest otherwise.

La Liga’s dominance over both the Europa League and Champions League in the current era has been nothing short of intimidating and this season has been no different.

Should Real Madrid beat Liverpool in the Champions League final later this month, La Liga teams will have won nine out of the last ten European crowns.

As such, it is hard to look past the Spanish top flight when assessing the best competitions on the planet and the Span national side will take some beating in Russia this summer as a knock-on impact.