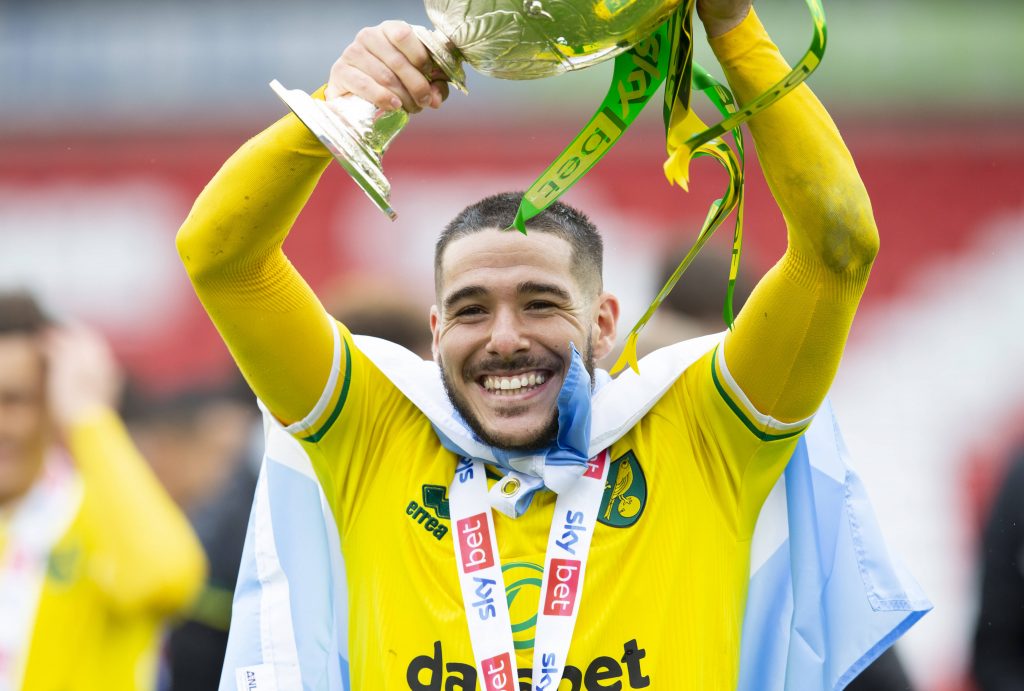 The deal could rise to £38m with add-ons, and the 24-year-old will be looking to hit the ground running at Villa Park next season.

While Buendia is probably still elated after becoming the Midlands outfit’s most expensive signing of all time, he has been dealt a huge blow by Argentina.

The South American country have named their 28-man squad for Copa America, and Villa’s new boy has missed out.

While that is bad news for the attacker, it could be good news for Villa.

Dean Smith’s side can be rest assured of having their new player available in time for pre-season training with fresh legs, and there will be no fears of him picking up injuries or contracting the deadly coronavirus strain spreading across South America.

It is a baffling decision from Scaloni, especially as he picked four goalkeepers.

He helped Norwich win immediate promotion back to the top flight, but the fact that he was not deemed good enough for Argentina’s Copa America squad speaks volumes.

La Albiceleste boast of some of the best attackers on the planet, and Buendia has to impress with Villa next season to have a chance of making his country’s World Cup squad.