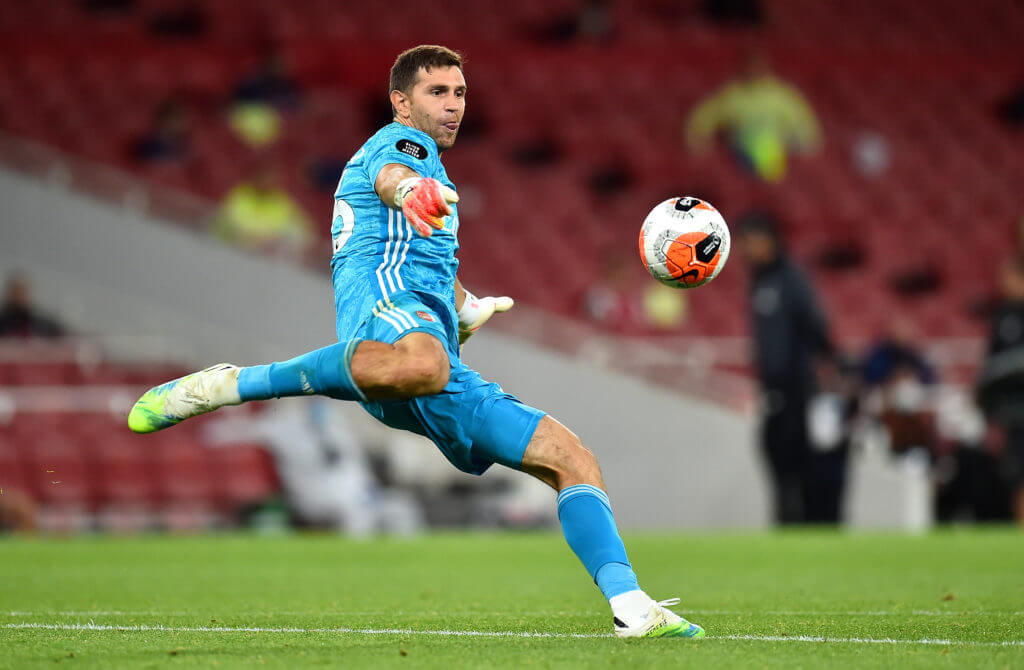 Aston Villa fans are excited at the prospect of signing Emiliano Martinez from Arsenal in the summer transfer window as fresh rumours emerged.

The Independent have claimed that Arsenal are willing to sell Martinez to Aston Villa who are expected to make an improvement on their £15m offer for the goalkeeper.

Martinez has held a series of discussions with Mikel Arteta, but he has been given no assurances over being the club’s long-term number one.

Arsenal goalkeeper Bernd Leno is the club’s first-choice goalkeeper, and he is expected to start in Arsenal’s opening game against London rivals Fulham on Saturday.

Martinez, who is also a reported target of Leeds, has already agreed personal terms with Villa. He has agreed to a four-year contract, worth in the region of £60,000 per week.

Many Villa fans feel that Martinez would be a good addition to the club. Here are some of the selected tweets:

Brilliant signing! Arsenal fans already saying what a great keeper he is… greedy I know but King from Bournemouth next please 👍🏻

Absolute quality keeper some signing if we get this 1 done

Absolutely, worth every penny

I remember watching Martinez tear up after winning the FA cup and talking about his humble beginnings and thinking that's the sort of character you want at a football club, this one feels like the beginning of something special. #avfc

Martinez wants to stay in the Premier League despite interest from Villarreal in Spain, and he could be heading towards Villa Park shortly.

Villa already have four senior goalkeepers on their books, but the situation is far from ideal.

Tom Heaton is still recovering from injury, and Dean Smith doesn’t seem to trust other available options. Orjan Nyland was dropped during the restart, Lovre Kalinic was out on loan last season and Jed Steer is a back-up option at best.

Smith has already signed Matty Cash and Ollie Watkins this summer, with the latter joining Villa Park on a club-record transfer deal.