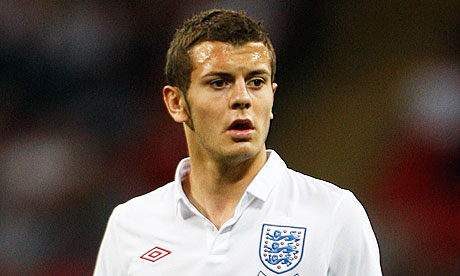 Jack Wilshere may be the future of England’s midfield, but an extraordinary outburst from the Arsenal player on the eve of crunch World Cup qualifiers continues his recent brush with controversy.

Wilshere, 21, was pictured holding a cigarette outside a nightclub last week and has since insisted he is a non-smoker.

Now he has weighed in on the selection of international players, declaring: “The only people who should play for England are English people.”

Perhaps this patriotic comment was designed to appeal to the average man in the street. It does nothing, however, for anyone who has had a half decent education.

What is English? An age old question which, no matter how many history programmes are on TV, still needs reiterating.

This is a football blog, not a blueprint for national identity though. England, and Britain as a whole, has always been an island of immigrants. We’ll leave the history lesson there.

Despite FIFA rules stating that a player is eligible to represent a nation if they have lived there continuously for a minimum of five years, Wilshere would shun naturalized citizens.

“If you’ve lived in England for five years, for me, it doesn’t make you English,” he continued. “If I went to Spain and lived there for five years I’m not going to play for Spain.”

These comments come off the back of Three Lions manager Roy Hodgson saying that he is monitoring Manchester United wonderkid Adnan Januzaj. Prodigious as this teenage talent is, he could represent any one of five other countries.

Belgium, the nation of Januzaj’s birth, tried to call him up to their squad as they seek to wrap up automatic qualification to the World Cup finals next summer.

Coach Marc Wilmots confirmed that he will wait before deciding on which mast he will nail his colours to, however.

Wilshere could well be joined in the England team of tomorrow by a number of players born outside the UK. Imagine this hypothetical quartet across the park:

Raheem Sterling (lived in Jamaica until the age of five), England’s youth player of the year Nathaniel Chalobah (originally from Sierra Leone), Wilshere and Wilfried Zaha (born in the Ivory Coast).

How do Wilshere’s views, let’s not forget he has been touted as future England captain, sit with them? All three are part of the Under-21 setup and expected to make the jump to become senior regulars in years to come.

As inviting as those comments are to engage in heated debate, we must be careful not to take what Wilshere has said out of context. They came in response to questions over Januzaj, but Wilshere may still wish he had kept his mouth shut.