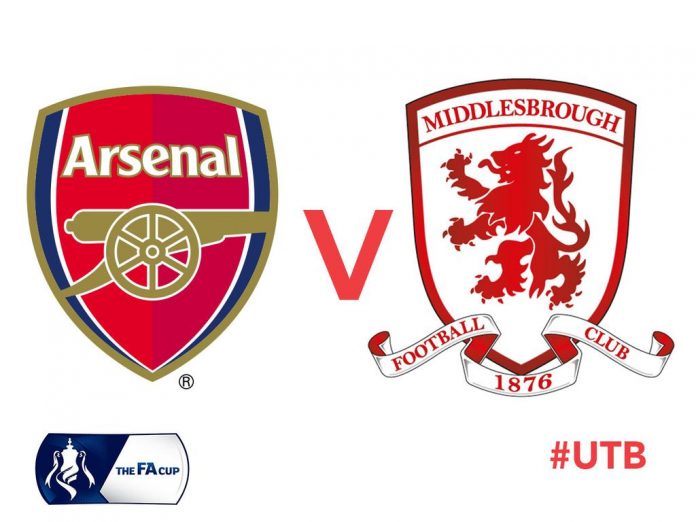 A Sunday afternoon kick-off at the Emirates that Arsène Wenger’s side will be expected to progress but one he may need to consider making changes to his team as this will be their third game and nine games and have important matches at Crystal Palace and AS Monaco in the Premier League and UEFA Champions League within 10 days of this tie.

Middlesbrough have won six in a row to go top of the second tier and are unbeaten in their last eleven games in all competitions.

Alexis Sánchez is expected to miss out with a knee injury. Aaron Ramsey is out for the next fortnight. Alex Oxlade-Chamberlain, Jack Wilshere, Mikel Arteta, Mathieu Debuchy and Abou Diaby all remain sidelined.

Damià Abella is out, whilst Daniel Ayala and Mustapha Carayol are both doubts for the visitors. 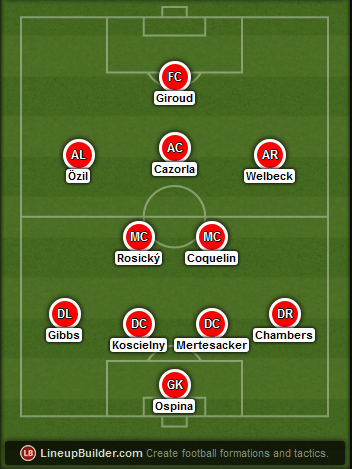 Wenger may struggle to make too many changes with all the injuries he has, particularly in midfield. Also, Karanka’s side have been excellent in defending this season and are in form – can Arsenal afford to risk making too many changes? It depends on what Wenger wants to focus on for the remainder of the season or how confident he is in playing the same players week in, week out and getting results.

Calum Chambers can give Héctor Bellerín a break at right-back. Gabriel Paulista could give one of the centre-backs a rest as the January signing awaits his Arsenal debut.

Olivier Giroud didn’t start midweek so there’s a good chance he’ll start this one ahead of Chuba Akpom.

Key Matchups
Danny Welbeck vs George Friend
Danny Welbeck played well on the right wing versus Tottenham last weekend and could be set to start there again this weekend after Theo Walcott started midweek. The England international should be a good threat with his pace and dribbling down the wing against the Championship side. George Friend has had a good season at left-back though.

Santi Cazorla vs Adam Clayton
Arsenal’s in-form Spaniard should be one of the Premier League’s sides best hopes of unlocking the Championship’s best defence from the centre of midfield. A great playmaker, Santi Cazorla should be capable of passing around Clayton, potentially running around him and drawing free kicks off the Middlesbrough midfielder.

Mesut Özil vs Ryan Fredericks
Arsenal’s World Cup winner could come up against Middlesbrough’s young right-back on Sunday. Mesut Özil has been in fine form of late, involved in five goals in his last four games (3 goals, 2 assists) playing out on that left wing. Middlesbrough have a tight defence that doesn’t make anything easy for the opponents and Özil can be one of the players Arsenal fans will look to to unlock it.

Prediction: Arsenal 1-0 Middlesbrough
We’re expecting a tight game at the Emirates and whilst Middlesbrough have the ability to pull off another upset in this season’s FA Cup, we think Arsenal have the midfield to maintain the majority of possession and break down the Championship side’s defence.