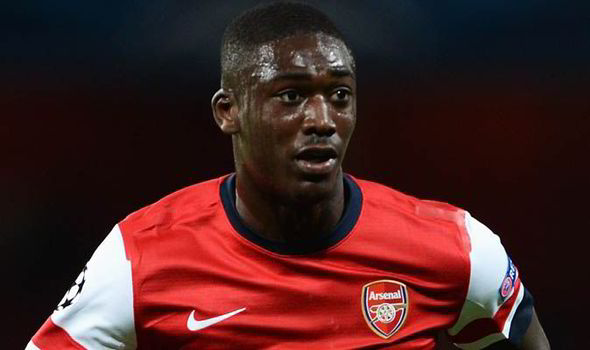 Arsenal’s Yaya Sanogo has failed to establish himself as a force at the Emirates since joining in the summer of 2013. The striker has made just 11 appearances in the Premier League in 18 months and is yet to get off the mark in the goalscoring charts.

Ligue 1 club Bordeaux are reportedly interested in securing Sanogo’s services on loan for the rest of this season. The Ligue 1 club’s President Jean-Louis Triaud said in an interview to radio station Gold FM, “He wants to come to us – it’s a certainty.

“We are working on Sanogo’s arrival and the goal is to have him available for the Monaco game on Sunday.

“We asked for Arsenal to keep us informed. They have given me a response date of either Tuesday or Wednesday and I have explained to them that I would prefer Tuesday.”

Arsenal have already let go off Lukas Podolski on loan to Inter this month and losing another forward is not the ideal situation for Arsene Wenger. But, on the flipside, he will want Sanogo to get as much game-time as possible. The Frenchman is only 21 and is yet to fully bloom and realise his potential.