Alfredo Pedulla is a popular figure in Italy. He is a football journalist/ITK who has made his name for giving solid information about transfers deals and rumours. Naturally, when you predict at least 60% of your transfer story correctly, people tend to give credence to what you say.

Unlike Gianluca di Marzio, who works for Sky Italia, Pedulla runs his own blog-site where he covers transfer stories from all around the world. Probably, he has got some great contacts and that’s why manages to produce some inside scoops on a regular basis. 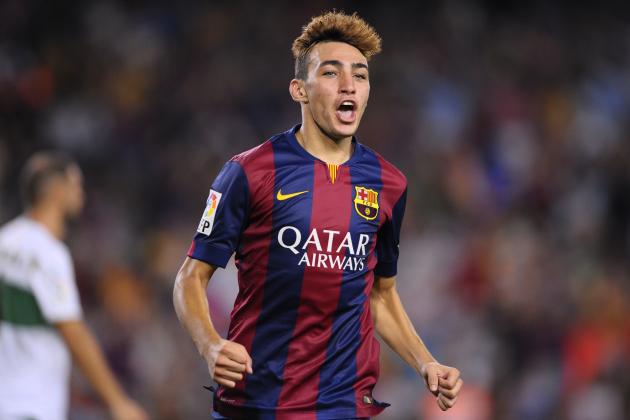 In one of his recent blogs, Pedulla claims that Arsenal are seemingly interested in Barcelona’s golden boy Munir El–Haddadi.

The 19-year-old youngster has emerged as one of the promising youngsters in Spanish football and has already made seven league appearances for the Blaugrana. However, the return of Luis Suarez means, Munir now have to settle with role on the bench as Enrique will opt for the trio of Messi-Suarez and Neymar upfront.

In a far fetched conjecture, Pedulla claims that several European clubs including Arsenal are monitoring his situation and could make a move for him in January, if he considers a move away from Spain, probably getting frustrated with the club’s rotation policy.

Why on earth would Barcelona would want to sell one of the most brightest prospect in their club and world football as a whole, especially when the club is under a transfer embargo for the next couple of years? Well, did he pick the story from here? And cycled his own rumour? Or Vice-versa?