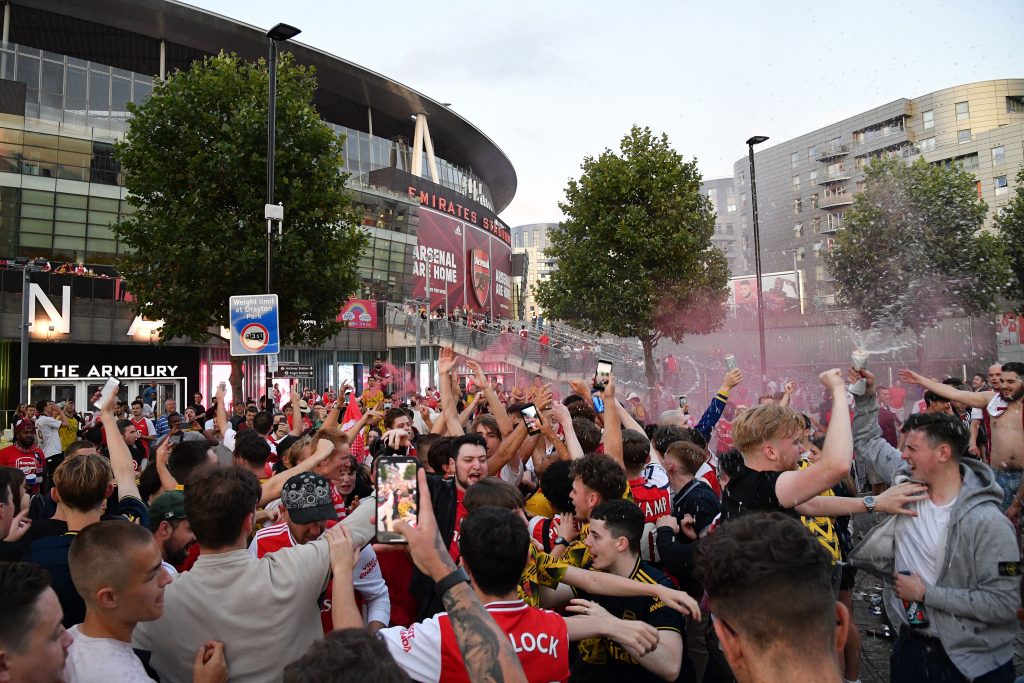 With a huge fanbase both at home and abroad, Arsenal are one of the best supported football clubs in the world.

Tickets to watch matches at the Emirates Stadium can be often hard to find, particularly for imporant games against other big clubs.

However, with a capacity of over 60,000 it is certainly not impossible to purchase tickets for home fixtures if you plan in advance. Read on as we look at how and where to buy Arsenal FC tickets.

The best place to buy Arsenal tickets is via the club’s official website, although you will need to purchase an annual membership in order to be given priority via this route.

Starting from just £29, Arsenal membership packages offer a wide range of additional benefits such as the opportunity to join virtual events, win signed merchandise and much more.

Each game 3,500 tickets are released to Red members only, and these are generally made available online around six weeks before the match.

Fixtures are broken down into different categories, with fixtures against the likes of Manchester United, Manchester City and Tottenham Hotspur priced at the highest rate.

Ticket prices vary dependent on the match category and where you choose to sit in the stadium, with the most expensive ranging from £28.00 to £95.50 for members.

Any remaining tickets are subsequently made available to non-members and these usually cost around five percent more per ticket per person.

Ticket prices for Arsenal’s games in the domestic and European cup competitions are structured on a similar basis to Premier League fixtures.

Season ticket holders are given a priority period to secure their seats, before the remaining tickets are made available to members and then placed on general sale.

Europa League games up to and including the round of 16 and some FA Cup games are generally categorised in the lowest categories, making these pretty affordable for most fans.

It is a similar story in the Carabao Cup, with the club often offering tickets at the cheapest price on the scale or at special rates for ties against teams from lower down the scale.

The club’s Ticket Exchange service allows season ticket holders that are unable to attend a game to sell their tickets to fellow Arsenal members or transfer them to family or friends.

The credit for the ticket sale (less a 10% administrative charge) is deducted from the cost of your season ticket renewal.

Alternatively, the funds can be withdrawn using the Cashback service during allotted timeslots which start from September and are repeated throughout the season.

Funds clear into your account after a minimum of 10 working days has passed from when the specified Cashback window closes.

The scheme is designed to offer better ticket availability for Red and Silver level members, in addition to helping to ensure that season ticket holders aren’t penalised if they can’t attend a game.

The Ticket Transfer service allows Gold and Platinum members the ability to transfer tickets to a family member or friend once that fixture has sold out.

Once the recipient accepts the transfer, they can print a coupon which will provide them access to the stadium on matchday.

This negates the need to hand over your membership card and helps to assist the club in eradicating unauthorised and illegal ticket sales.