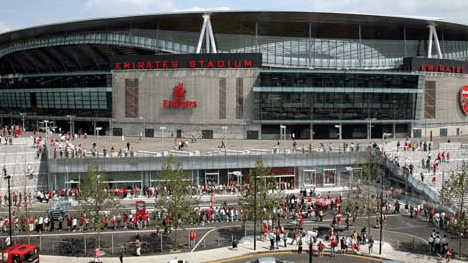 Manchester City have sent back around 800 tickets to Arsenal for this weekend’s clash between the teams in London.

The reason is ironically, City believe the £62 price per ticket is unrealistic and far too high. It means City will be some way short of the 3000 possible fans they could have taken to the Emirates for the mega clash.

City have suggested the price shows Arsenal are out of touch with common fans and what general members of the public can afford to pay to watch top flight football.

“It’s the most expensive amount I can ever remember paying for a ticket in my life – it’s not as if finding a television to watch the game on is difficult nowadays. Even if the game wasn’t live, to charge £62 to watch it is ridiculous,” Kevin Parker, general secretary of the Manchester City Supporters Club told the Guardian.

Arsenal was revealed as the most expensive football club to watch earlier in the season with the cheapest season ticket available at just under £1,000 and match day tickets costing around £120 on average.

Arsenal are financially one of the most secure clubs in England and across Europe because of their financial business model, which is driven by high match day costs and prices.

This may not be the last time that away clubs are forced to send back an allocation of tickets to the Emirates because of the high prices.

Arsenal supporters bodies have voiced their own concerns that their supporters are being priced out of following the club live and forced to watch Arsenal matches via a range of other methods.

In a world where people are paying more in England for their standard of living than ever before, Arsenal refuse to budge on their stance over clearly unrealistic prices to watch live football.