We are still in October, a little more than two months into the season, and a season-defining game is already upon Arsenal. Tonight, the Gunners entertain German champions Bayern Munich in north London, and here’s hoping they finally get their Champions League campaign back on the right track. Head here for a preview of the Arsenal vs Bayern Munich game.

While slack defending and naive decisions cost Arsenal six points in their opening two group games, a much better performance is expected of them tonight. If they yet again contrive to lose, their qualification destiny might not be in their own hands by the time they finish playing Bayern home and away in back-to-back games.

Manager Arsene Wenger is drawing inspiration from Arsenal’s past meetings with Bayern, notably a 2–0 result in Germany in 2012/13 although they went out on away goals in a last-16 tie. “[There was] the one that won the treble with Ribery at full power, Robben at full power and Kroos, Schweinsteiger and Muller in midfield so I believe we have played good Bayern sides and got good results against them. We have the needed belief and confidence that we are doing something right so that helps,” Wenger said in his pre-match press conference.

However, the Frenchman, who has acknowledged Bayern’s European superiority over his side given the Bavarians have lifted the “big ears” five times compared to Arsenal’s zero, believes history pales into insignificance on match day as he feels the performance produced by a team on a particular day is all that matters on that day.

“Historically they have won the European Cup how many times? Five? And Arsenal zero. So you cannot say that historically we are at the same level as Bayern. We don’t look at the history. We look at the potential performance on the day. That’s what we try to do. The history doesn’t play the game. What will decide the game is the performance we produce. That comes from if we believe we can do it,” he added.

Arsenal are currently in a rich vein of form, having brushed aside Manchester United and Watford with clinical efficiency in the Premier League in recent weeks, and Wenger has once again talked up the Gunners’ statistically excellent calendar year of 2015, where they have won more points than anyone else in England, despite losing three of their four European games in the same period.

“In 2015 we are the team that has taken more points than everybody else. But in Europe it’s true we have been poor in our first two games. That is what we want to correct. I must say we have our backs to the wall and we play against a top, top team. So I can understand the scepticism of people. But we have to prove them wrong,” said Wenger, talking up his side while accepting the engulfing scepticism at the club ahead of the game. 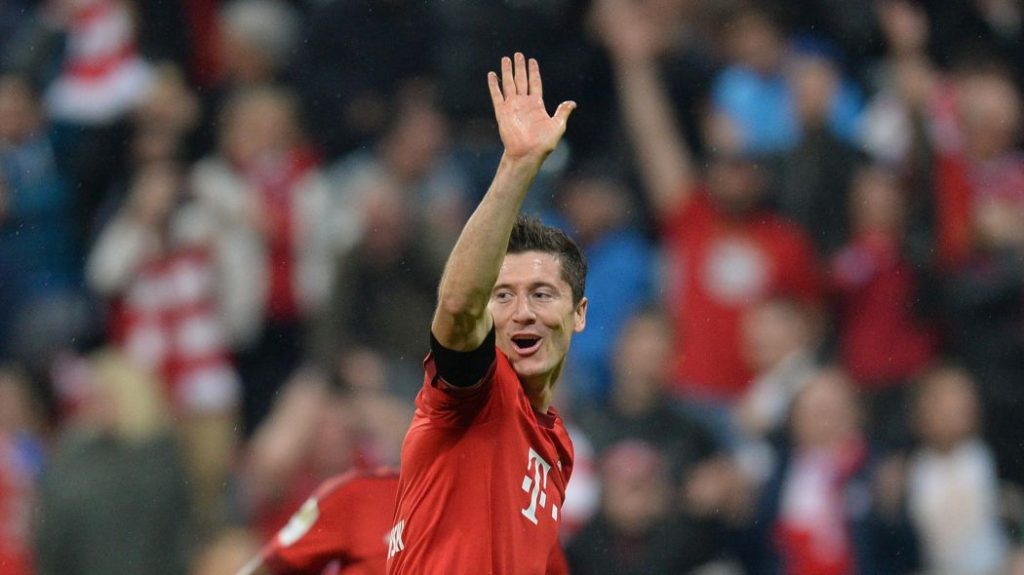 One major threat for the Gunners tonight will be the presence of Bayern’s top scorer, Robert Lewandowski. The Pole has already scored a Champions League hat-trick this season, and will present a significant threat. But Arsenal have themselves had a timely boost with the return of the experienced Laurent Koscielny at the heart of defence against Watford in the weekend. Koscielny is expected to start, and it seems Wenger has already drawn up plans to contain Lewandowski.

“First of all the best way to combat him [Lewandowski] is for us to have the ball. After that you have to be shrewd with him because inside the box he is outstanding, because of his technique, his finishing, his movement inside the box. That’s where we need the experience of Mertesacker and Koscielny to deal with that because that will be one of the important things on the night,” said Wenger, stressing the importance of the Mertesacker-Koscielny partnership as the key to stop Lewandowski.

While it is widely expected Wenger will field both Mertesacker and Koscielny as his two centre-backs, Gabriel is back into the fold following his recent illness and although the Brazilian won’t probably start, his return to the squad is timely at the very least. However, there won’t be David Ospina between the posts this time around; the Colombian sustained a shoulder injury during the international break and will definitely miss out.

Injuries have been favourable to Wenger this time, although that was to be expected given the season is still fairly young at this stage, and with the Gunners in fine domestic form, it remains to be seen whether they can translate that form into Europe against the most in-form team in the continent this season.

Arsenal Have An Advantage, Says Guardiola

“In this situation they have an advantage because for them they have to win. When that happens with these kind of players, in this sort of club, with this sort of history, they are going to make the best performance possible so I cannot expect a team that does not fight 90 minutes, fight for each other and in this situation they are in an advantage. We cannot compete with that situation and you have to look for another way to compete with this enthusiasm,” said the two-time Champions League winning manager.

Mesut Ozil will face off against German opposition for the first time since winning last year’s World Cup with Germany. Manuel Neuer, Jerome Boateng, Philipp Lahm, Thomas Muller and Mario Gotze were part of the Germany squad along with Ozil last year, and the Gunners midfielder is looking forward to pitting his wits against his national team team-mates.

Matchday tomorrow! ⚽ Having a big game against my national team colleagues is always something special – no question! #AFCvFCB #YaGunnersYa #UCL