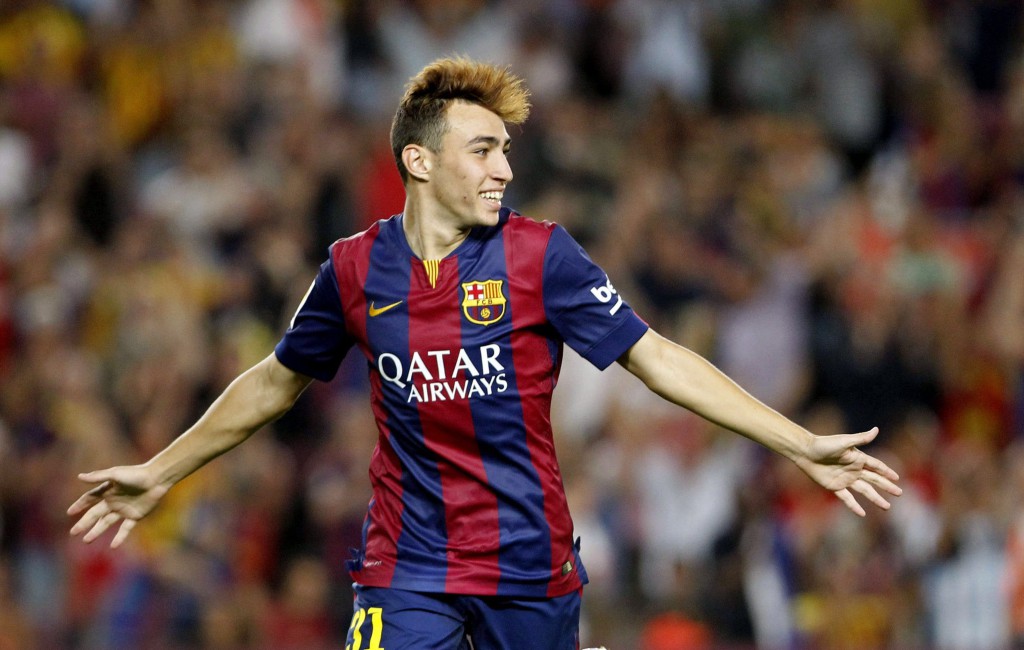 According to reports in the English media, Arsene Wenger is keen to challenge for the title next season and he has identified his attack as position in need of reinforcements.

Frenchman Olivier Giroud has had a superb season with the Gunners, but it is no secret the Giroud cannot be relied upon for a title charge. Despite his exploits in the league, Giroud failed to deliver in the Champions League as Arsenal crashed out against Monaco.

Wenger is thought to be keen on bolstering his strike-force with the signing of Barcelona striker, Munir.

The Spanish youngster is highly rated at Barcelona and is considered a future superstar. However, lack of game time from last season and the arrival of Luis Suarez this season has proven to be a big set back for the young forward.

According to the Spanish media, Arsenal are ready to offer Munir a way out of Spain.

The young Spaniard is technically proficient and can play in a number of positions across the front line.  Munir will be a great fit at Arsenal with his intelligent link up play, finishing and flair.

Munir signed an extension at the Catalan club a few months ago, with a release clause of £28m and Barcelona would be require the sum to be paid in full, should Munir depart this summer.

According to fichajes, Arsenal could opt for a loan deal with an option to buy. Such a deal would be of great benefit to all parties involved.

Whether or not, the transfer materializes remains to be seen. But Munir’s ability to improve Arsenal’s attack is beyond doubt.