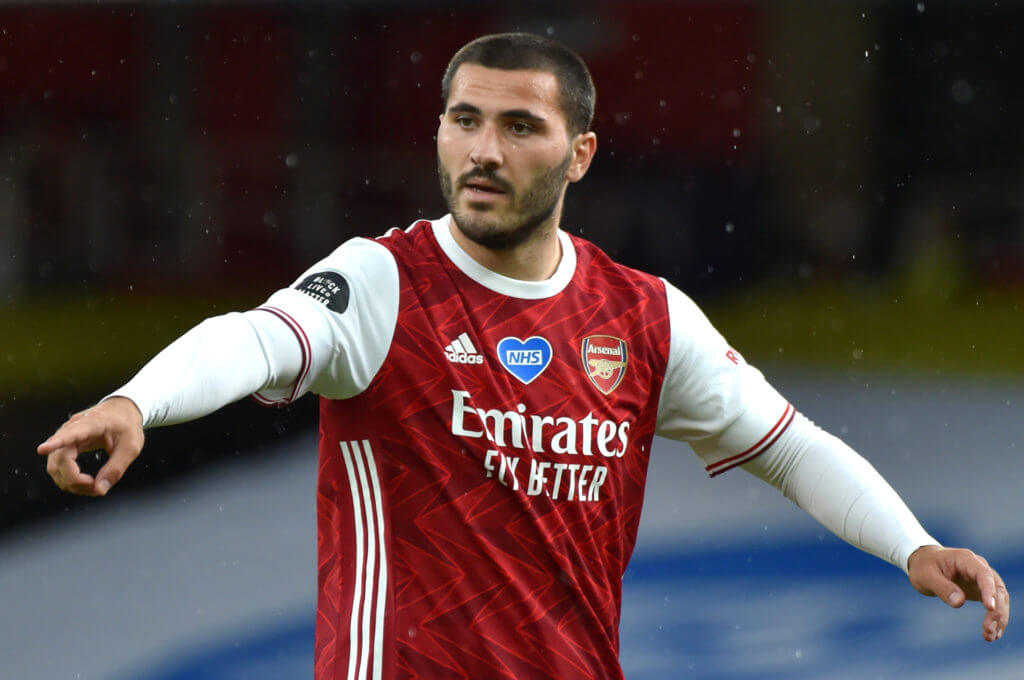 Arsenal defender Sead Kolasinac is likely to leave the club before the transfer deadline, with Bayer Leverkusen leading the chase for his signature.

The Gunners are set for a hectic week before the window closes, with Mikel Arteta looking to bolster his squad.

However, to bring his preferred targets, Arsenal must sell some of their players to make room for new arrivals. It seems Kolasinac could be heading out of the club.

According to Ronan Murphy of Goal.com, Bayer Leverkusen are closing in on a €10m deal for the 27-year-old left-back.

The Daily Mail has reported that Leverkusen have offered £9million to sign the Gunners left-back who has fallen down the pecking order under Mikel Arteta at the Emirates.

Many Arsenal fans have taken to Twitter to express their reaction after the news broke out. Here are some of the selected tweets:

Getting rid of Mustafi and Kolasinac is probably the best business we could do this summer.

Him and torreira could be the KEY for Partey clause😎😎

News of the day

Kolasinac joined Arsenal in 2017 and has featured 107 times for the club, but it seems his time at the north London club is coming to an end.

Arsenal are reportedly keen to land Thomas Partey and Houssem Aouar, and they are likely to offload Lucas Torreira to raise funds.

The Gunners have been heavily linked been with the French midfielder Aouar, but they have struggled to agree on a fee with Lyon.