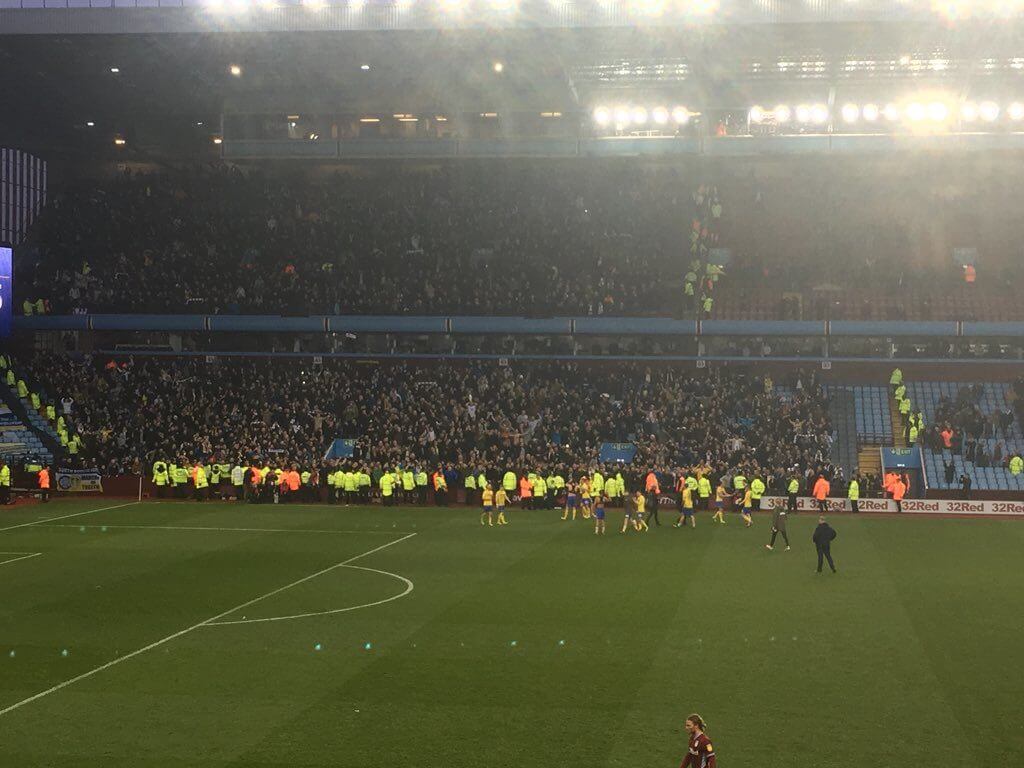 Leeds United owner Andrea Radrizzani has taken to Twitter to express his reaction after the Whites won 3-2 against Aston Villa on Sunday in the Championship.

So proud of you boys ??@LUFC

The Whites head into Christmas being top of the Championship table after getting their biggest result of the season. They showed great character to come from two goal behind to snatch all three points.

Kemar Roofe scored the winner in the 95th minute of the game to earn Leeds precious three points. The result has made the owner proud, and everyone associated with the club.

Villa took their chances in the first half and went 2-0 up at Villa Park, thanks to goals from Tammy Abraham and Conor Hourihane.

However, Leeds responded strongly after the break. Jack Clarke and Pontus Jansson scored in quick succession to level the scoreline.

Marcelo Bielsa’s side kept pushing for the winner, and eventually got it right at the death from Roofe.

Leeds managed 66% of possession and attempted 16 shots during the match.