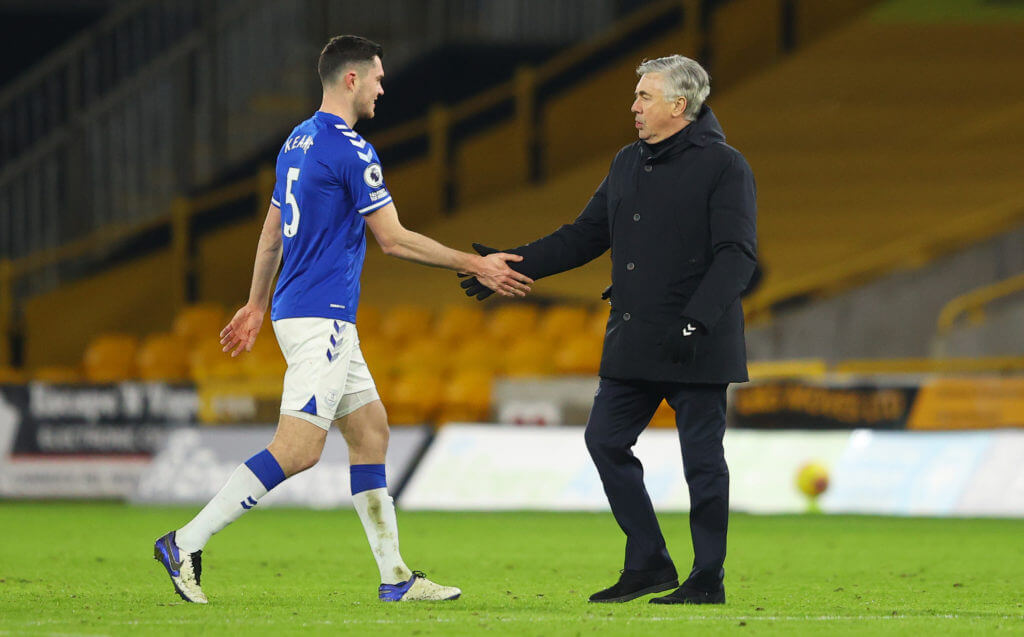 The Toffees find themselves sixth in the Premier League table, five points behind leaders Manchester United with a game in hand.

Ancelotti’s side are in superb form at the moment, having won five of their last six matches.

The Toffees boss believes that his team’s recent success is based on solid defensive foundation, and has identified Keane as a key figure.

Everton won 2-1 away to Wolverhampton Wanderers in their last game, where Keane scored a second-half winner. The Toffees were without Dominic Calvert-Lewin and Richarlison in that game and yet they found a way to pick up all three points.

They have conceded only four goals in their past seven Premier League games, picking up 16 points as they maintain their challenge for European football.

Ancelotti has suggested that Keane has been really consistent this season and that he hasn’t made a mistake so far.

“Michael this season is really good, really consistent, he never made a mistake,” said Ancelotti to the club’s official website.

“Mason Holgate and Ben Godfrey have been very good and Yerry Mina played a top match [at Wolves].”

Keane joined Everton in 2017 for a reported fee of £30 million from Burnley.

In previous seasons, he has really struggled to make a strong impact, and at one point of time, his future came under strong scrutiny.

However, he has turned it around under Ancelotti and has emerged into a true leader at the back. He has been very consistent this season and rightly deserves high praise from his boss.

Everton will resume their Premier League action against Leicester City and Newcastle United before the end of the month.