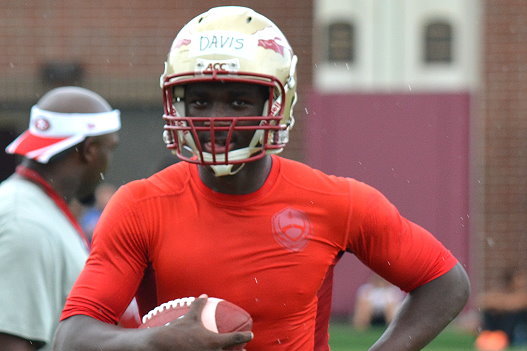 Are the days of soccer being shadowed by American football and basketball in the United States numbered?

Drake Davis is the typical “All-American” athlete, however, instead of committing to American football or basketball as his future career, the 6’5 athlete is choosing soccer.

According to 247 Sports, this young man who is the number 10 ranked wide receiver in the nation and the number three in Virginia in the 2016 class is dropping from his football team at Fork Union Military Academy, in VA to concentrate on his soccer career.

“This is a decision he made in the spring and he’s stuck with it,” Davis High School football Coach Brian Hurlocker told 247 Sports, about his star receiver choosing to play soccer over football.

A decade ago this decision would never happen, especially when Davis has offers from Alabama, Miami, Florida State, Maryland, Virginia and Virginia Tech to play American football for, according to 247 Sports. With the dramatic growth of soccer in the recent years, the top athletes in the United States are not only playing on the gridiron or on the hardwood courts anymore, now they are playing on soccer fields and having dreams of playing for the United States Men’s National team one day.

Now just because Davis is a 6’5 athlete does not make him a guarantee soccer hit or that he will one day become a player for the USMNT, but the fact that he choose soccer is a win for the growing sport in the United States.

However, it does help that he also ran track and is a Divisor 1 recruit for soccer as well, according to 247 Sports.

“I honestly don’t think there’s anyone like me. No one,” Davis told NOLA.com, about his athletic ability. “I can do a whole bunch of things. There aren’t many 6’5″ receivers that run a 4.35. I’m very fast and agile. I can play any position, really. There’s not many receivers that can do that.”

Even though the dream for US Soccer is to start grooming players of his abilities at the ages of nine or younger, but they will gladly start accepting athletes like Davis to the fold within the blink of an eye.