According to Spanish newspaper Marca, Bayern Munich star and Manchester United target Toni Kroos is set to join Real Madrid in the summer. The Madrid based daily has also featured the story in their front page of Monday’s edition. 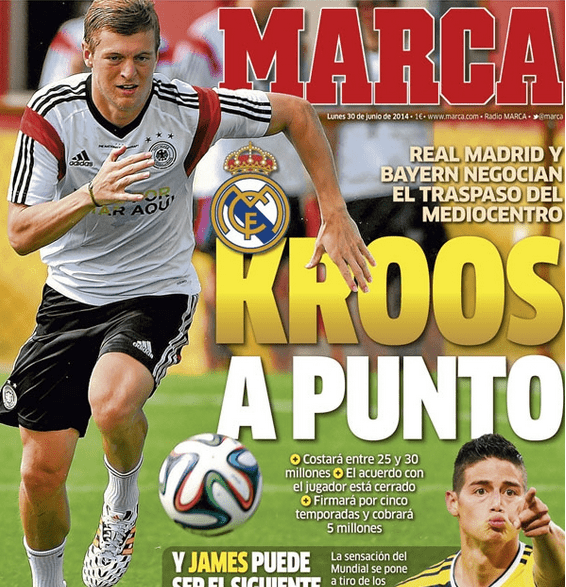 According to the report, the Champions League winners are almost on the verge of securing the services for the German after agreeing a five-year deal worth €5m (after tax) a season. The deal is on the verge of completion following a meeting with the player’s agent and the Real Madrid officials in the Spanish capital.

Kroos has long been a Manchester United target but the player had earlier claimed that the Red Devils was never an option for him. Bayern have been reluctant to conduct business for the player but it now appears that the Bavarians are now believed to accept a deal between €25-€30m for Kroos whose contract expires at the Allianz Arena next summer.

Chelsea have also been interested  in the player and were willing to offer a staggering €8.5m per-year deal but now it well and truly appears that Kroos will be joining the Los Blancos after the World Cup in Brazil.