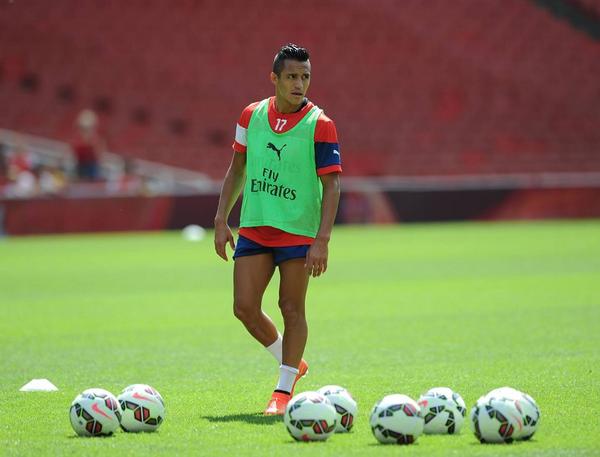 Arsenal forward Alexis Sanchez has admitted that he was left awestruck when he found out the physicality of the Premier League.

The Chilean international was signed by Arsene Wenger from Barcelona earlier in the transfer window after he was told that his services are no longer required at Nou Camp. After joining the North London club, he scored a crucial goal during the Champions League qualifiers against Besiktas.

Sanchez’s strike helped the Gunners qualify for the group stages of the Champions League and has been a regular inclusion in the Premier League fixtures. He has made six appearances in the top flight English competition, scoring two goals and managing one assist.

The 25-year-old has played in the La Liga with Barcelona and Serie A with Udinese in the past. The attacker says the Premier League is the hardest of the lot.

“Compared to the other leagues I’ve played in, I think this is the hardest and I like it a lot, I really do,” Alexis told Arsenal’s official website.

“Before I signed, people had told me about how Arsenal were a big club with lots of quality players. Now I’m here I look at all the players during training and realise just what fantastic quality they all have.”

With Sanchez’s latest comments, it is only going to get difficult for Arsenal if the summer signing fails to get adjusted to the Premier League. In addition to this, things were made even worse for the Gunners after their record-signing Mesut Ozil is ruled out for 10-12 weeks.

The German international will now join Olivier Giroud, Aaron Ramsey, Mathieu Debuchy and Theo Walcott on the treatment table. However, the later will return to action in the coming weeks and the England international will have a huge responsibility in helping the Emirates club fight for silverwares.