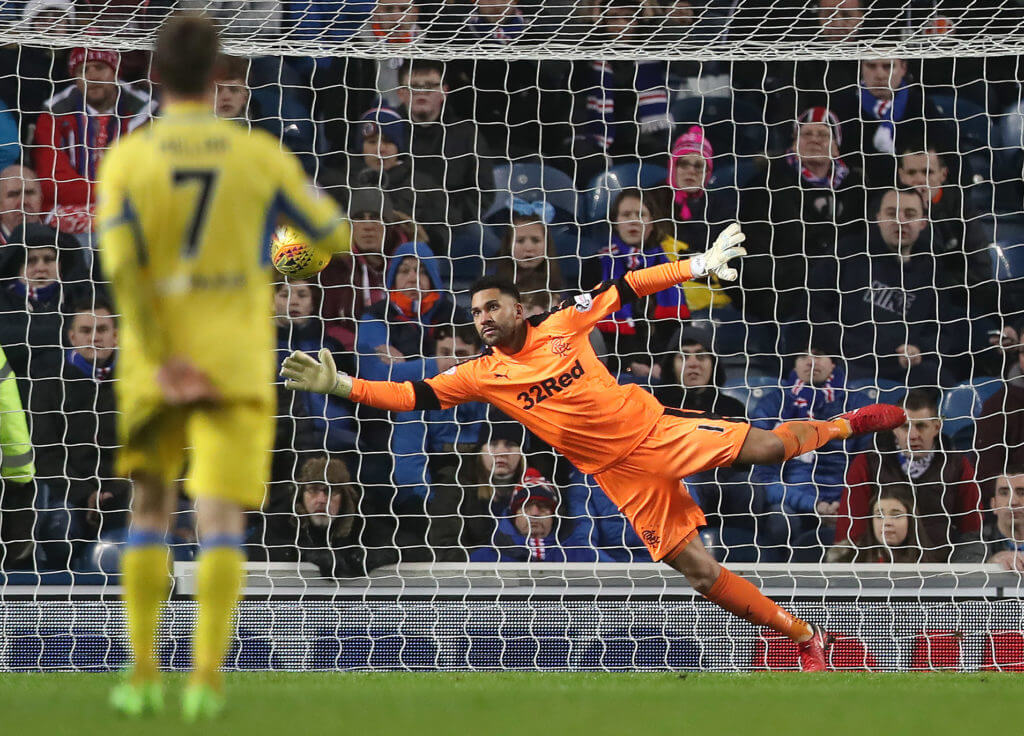 Glasgow Rangers goalkeeper Wes Foderingham has struggled for regular game time under Steven Gerrard at Ibrox, and he could leave the club in the summer transfer window.

The 29-year-old joined the Gers in 2015 and has established himself as one of the key players for the club. He has made over 140 appearances in all competitions but hasn’t played much since Gerrard took the reins.

Gerrard has used Allan McGregor as the club’s first-choice goalkeeper and Foderingham has struggled to cement his place in the Rangers first-team. Former Ibrox hero turned popular pundit Alex Rae has claimed that he is almost certain to leave the Gers in the summer transfer window.

“I think he’ll probably move on,” said Rae to the Scottish Sun.

“I think he’s a decent ‘keeper and I think he’s intimated that he wants to be playing. He’s been vocal in saying he’s frustrated at the lack of game time he’s had.

“He’s already said he’ll pursue trying to play because you train every week and want to play games. So I think that’s a no-brainer, I think he’ll most certainly move on.”

Foderingham has voiced his frustration before for not getting regular games. In fact, he has managed only 13 appearances in all competitions in the last two seasons for Rangers.

His contract at Rangers ends in June, and it is highly likely that he won’t be offered a new deal at the club.

Foderingham is a decent goalkeeper who has loads of experience. He is a very good back-up option for Rangers but clearly he is good enough to start regularly for another club.

At this stage of his career, he needs to play often. It seems his time at Rangers is coming to an end after staying five years at Ibrox.