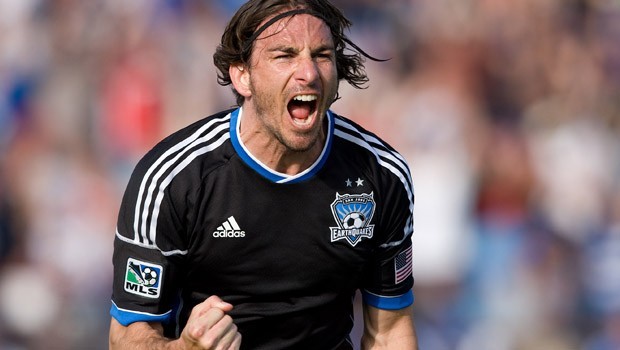 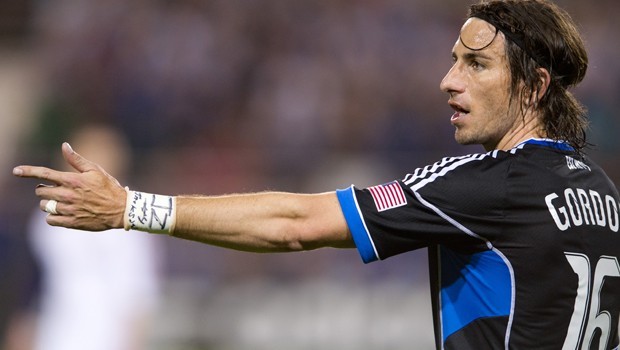 A trade sent the Long Beach, CA native from Northern California back home to the Galaxy.

Alan Gordon three year stay at the San Jose Earthquakes was done on Monday, and now the 32-year-old striker is heading back home to the Los Angeles Galaxy after a trade was completed between the two rivals.

The Long Beach native was sent to the Galaxy in exchange for allocation money for the Earthquakes. The amount of money San Jose received for the veteran striker has not been released to the public as of yet.

“Alan is a proven MLS player who adds another scoring threat to our roster going forward,” LA Galaxy Head Coach Bruce Arena told Soccer By Ives. “We are pleased to welcome him back as a member of the Galaxy.”

The man who has played in 180-Major League Soccer games in a span of 11-years, will be returning back to the first club he played for in his MLS career. Gordon arrived to the Galaxy in the 2004 MLS Super Draft, he would end up playing in 96-matches for LA and scoring 16 goals in the process. His stay with his hometown team would end in 2010, when he was traded to crosstown rivals Chivas USA.

However, he would play in only nine games for Chivas, and by the start of the 2011 season the 6’3 forward would be heading north of the border, as he became a brief member for Toronto FC. In the same season he became a TFC player, Gordon would be sent back to his home state, but this time to the Galaxy long time rivals, the San Jose Earthquakes.

As a member of the Earthquakes the player who they call “Flash” flourished for the Bay Area side, as he played in 64-games and scored 18 goals for San Jose. Him and fellow Quakes forward Steven Lenhart became an effective and a powerful pair of forwards, that would get the nickname of “the Bash Brothers”, and they quickly became fan favorites and an important duo for the Earthquakes organization.

“We would like to thank Alan for everything he has done for this club,” Earthquakes General Manager John Doyle said in a statement. “Alan has produced many great moments during his years with the Earthquakes. We wish him well going forward.”

With that era now over Gordon heads back to Carson, CA to attempt and break through a very competitive and deep group forwards. A list of forwards that include Irish international Robbie Keane, 22-year-old Gyasi Zardes, former Canadian international Rob Friend, and former U.S. international Landon Donovan are just four of the big names that round up the group of forwards Coach Arena has at his disposal.