Sportslens.com
Home Cricket 3 of the best apps for cricket lovers wanting to follow all... 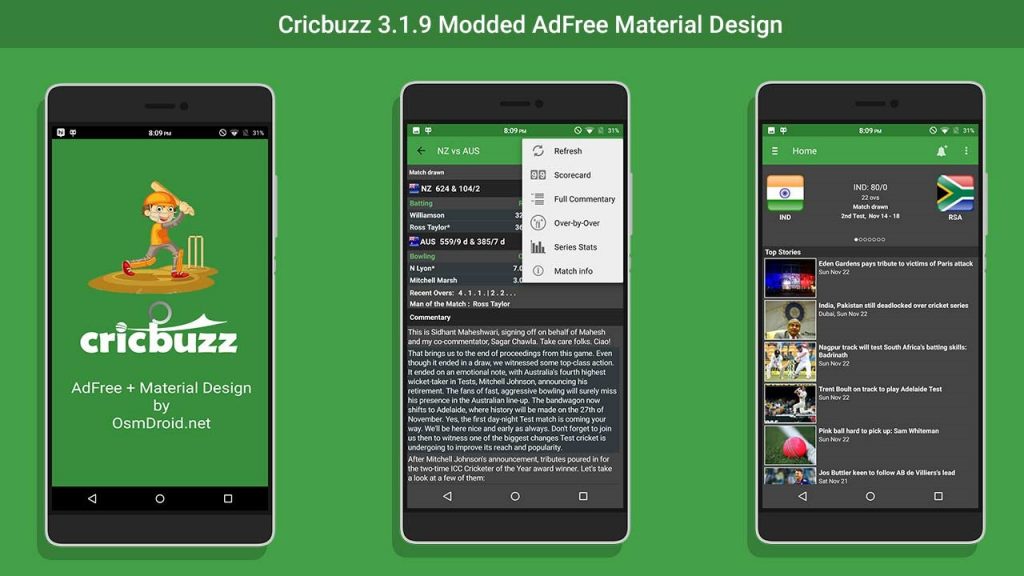 For cricket lovers across the world it’s been an exciting summer.

The ODI World Cup, despite a slow start, lived up to expectations – expectations that culminated in that unforgettable and enthralling final between hosts England and the Kiwis, that the hosts went on to win right at the death after a tied super over.

Aside from one day cricket, one of sport’s biggest rivalries is currently taking place: The Ashes.

Australia are currently in England attempting to retain the little urn they won last time out down under and there’s plenty of other tasty tests taking place right across the globe.

But what’s the best way to keep up with the action? And what apps can you download to help you get the most from this glorious summer of cricket?

In most countries if you want to watch live cricket action you will have to sign up for some sort of subscription but the great thing about the BBC cricket service, TMS (Test Match Special) is that you can follow all the live cricket action from dozens of destinations across the globe.

Aggers and the team will be head up live commentary of every England test this summer on TMS and if you have the BBC sport app downloaded you can even watch in-play clips and read detailed match reports and previews.

Cric Buzz is an independent live news and scores app that is a must-download for every true cricket lover. It’s rated highly on both app stores and uniquely the app gives you exclusive video content such as player interviews.

Cric Buzz also delivers coverage of all International cricket, IPL, BBL, CPL, Natwest T20 Blast and other major cricket tournaments across the globe and you can even share live scores with friends in an instant.

There are lots of bookmaker apps that cover a range of sports, but none are more dedicated to cricket than Bet365’s offering.

Download the app from either the Apple App store or Google’s Playstore and you will have instant access to a range of cricketing betting markets that you can wager on.

In fact, you will also be able to see team news and instant live scores.